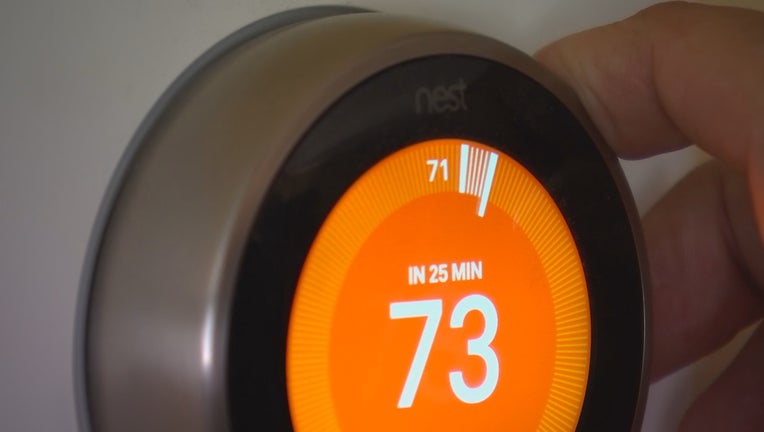 A person turns the dial on their thermostat. (FOX 9)

ROSEMOUNT, Minn. (FOX 9) - A recent early September chill had some Minnesotans reaching for the thermostat, even if they're not completely willing to admit it.

“I’m not real proud to tell you this, but we turned our heat on a couple days ago,” said Phil Holmin of Holmin Heating & Cooling in Rosemount. “I’ve never turned it on in September. Ever.”

Early September chill has some Minnesotans turning on the heat

A recent&nbsp;early September chill had some Minnesotans reaching for the thermostat, even if they're not completely willing to admit it.

Holmin knows all too well that when it comes to turning on the furnace for the first time, Minnesotans can be stubborn.

“I had one customer that needed their furnace replaced and they said, ‘We are not doing it until the week of Halloween - the kids can just wait,’” said Holmin. “And that’s what we did, we waited. They didn’t have heat for three weeks. I could have done it, but nope, ‘We’re going to wait.’”

Holmin was actually on vacation in Colorado last week and left days before the state got slammed with an early snow storm. He came home to a drastically cooler Minnesota. He’d been slammed with air conditioner work in our 90-degree weather before he left. Suddenly, he had to put the furnace parts back in the truck because some people were trying to turn on the heat and it wasn’t there.

“So then Tuesday morning is when they started hitting, right after Monday night and it’s been that way for the last three days,” said Holmin. “No heat calls, one after the next.”

He says COVID-19 has actually given him a busy year. More people working from home means they’re less willing to put up with faulty air conditioning and now this week, he’s doing A/C repairs and furnace repairs on the same day.

He says knows there’s plenty more faulty furnaces out there that haven’t been discovered yet because yes, Minnesotans can be stubborn.

“But I’ve had customers that say, 'We will not turn it on until Thanksgiving,'” said Holmin.