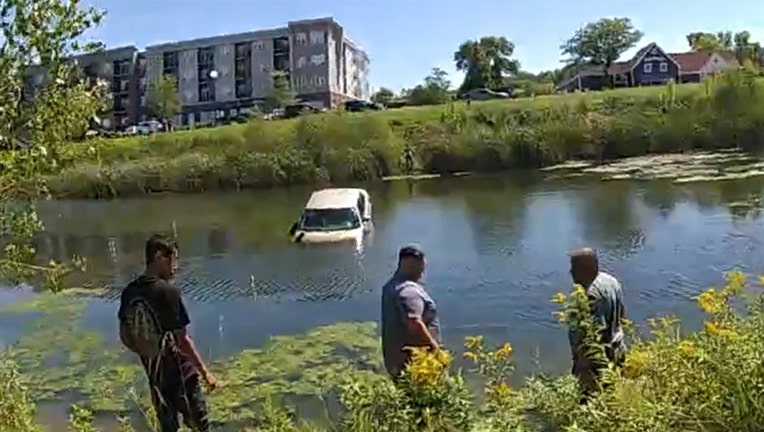 Officers jumped into a holding pond to rescue a driver from a sinking car Monday afternoon.  (Eagan Police Department / FOX 9)

EAGAN, Minn. (FOX 9) - Police officers rescued a driver from a sinking car after it went off Highway 13 and into a nearby pond in Eagan Monday afternoon.

Police said the incident started around 1 p.m. when a driver suffered a medical emergency at the intersection of Highway 13 and Silver Bell Road. The driver’s vehicle accelerated down the wrong side of Hwy. 13 down a hill and into a 7-foot deep holding pond.

Police officers rescued a driver from a sinking car after it went off Highway 13 and into a nearby pond in Eagan Monday afternoon.

Onlookers called 911 and some officers in the area responded. As officers arrived, they saw the car was sinking quickly and the driver was unconscious.

Officers swam to the car and were able to unbuckle the driver through an open window. Officers were able to free the driver from the car just as it was about to be fully submerged. He regained consciousness as they transported him to shore. 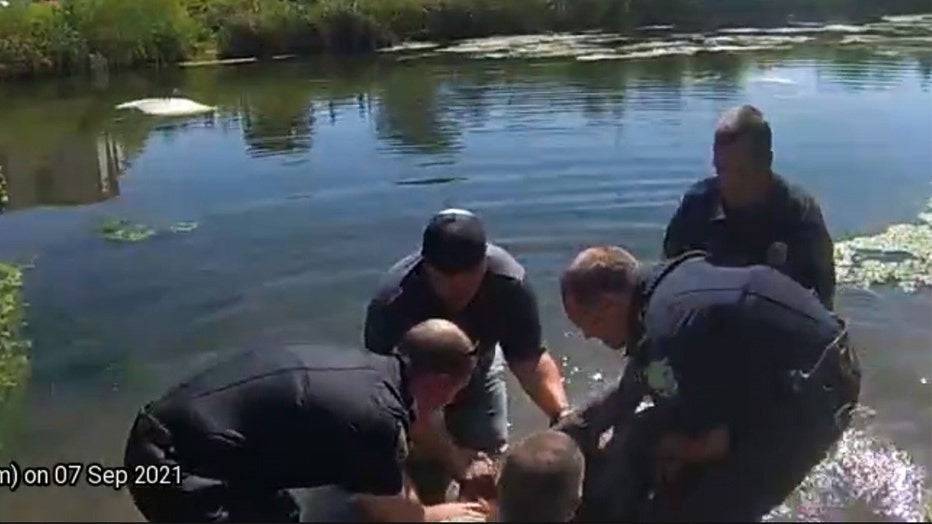 Police officers rescued an driver from a sinking car after his vehicle went off Hwy. 13 when he suffered a medical emergency.  (Eagan Police Department / FOX 9)

The driver was transported to the hospital in stable condition.