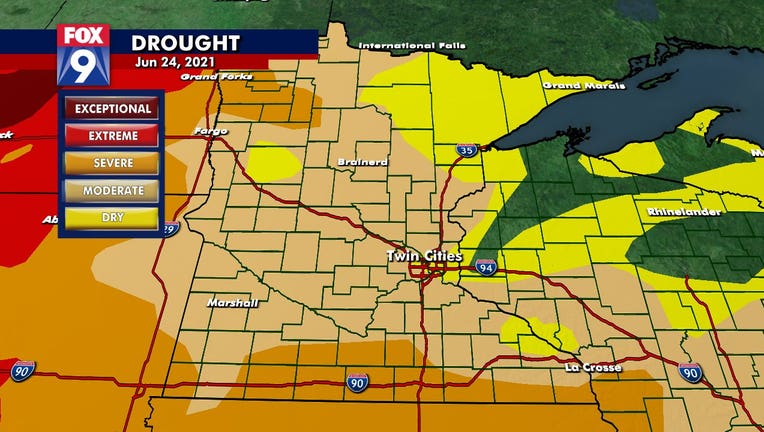 The new drought monitor released on June 24 shows 75% of Minnesota is considered to be in the moderate drought category or higher, up from 55% just a week ago. (FOX 9)

(FOX 9) - With little rain over the last week, our statewide drought continues to grow.

Now, 75% of Minnesota is in a moderate drought with 14% now considered to be in severe drought conditions. The most impacted areas are still near the Iowa border, but with little rain in the last week in many spots, and likely not much in the days ahead, vegetation will continue to wilt.

Over the last month, much of the state has seen just 25% of average precipitation for this time of year, with some areas fairing even worse. Combine that with temperatures that continue to be well above average, and it’s a near perfect recipe for widespread quick drought development. 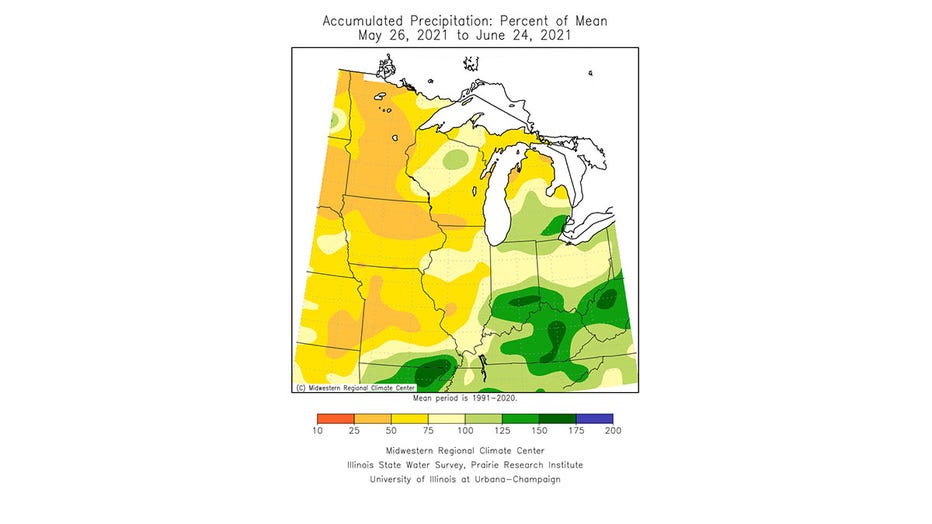 So, is there relief in sight? Well unfortunately not anything major. While some isolated storms can’t be ruled out over the next few days, quite likely the vast majority of any beneficial rainfall stays to our south and east. Here is a look at the forecast rainfall over the next several days from one of our computer models. 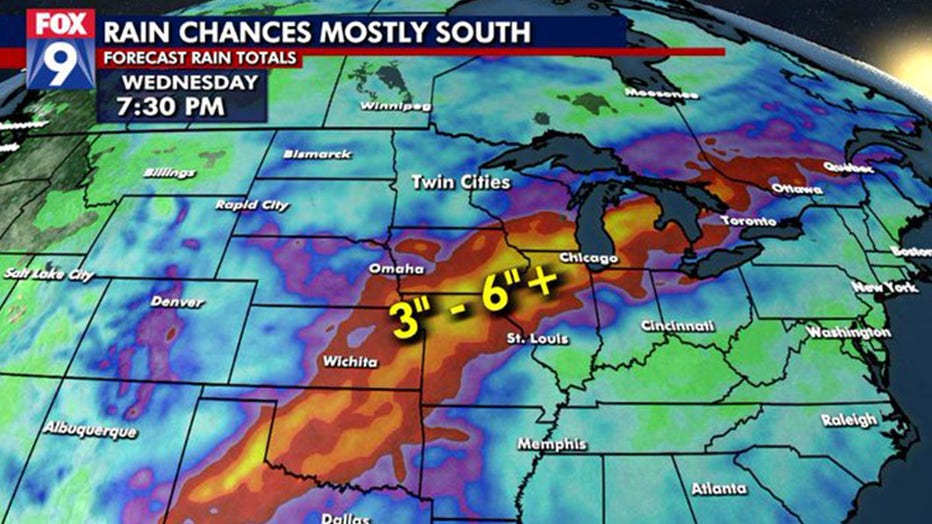 Rain chances over the next few days (FOX 9)

Exact totals should be taken with some skepticism, however, notice the overall placement and orientation of the area that is likely to see some significant rains. It arcs from northern Texas to Michigan, staying just to our southeast. This scenario clearly isn’t set in stone, but it does give us a pretty good indicator that any drought busting level of moisture will likely stay to our south over the next week.