A nonprofit rescue team from Colorado is responding to a post that went viral on social media that advised people who were lost to change their voicemail to reveal their location in hopes it will help rescuers find them.

The viral post, published on Oct. 21, advised people who may be stranded due to getting lost while hiking or car troubles, and have a phone that’s low on battery or signal, to change their voicemail so it reveals the person’s exact location.

According to the post, the person should provide "the time, the date, your situation (lost, out of gas, car broken down, injured, etc) and any special instructions such as you are staying with the car, you are walking toward a town, etc."

While it sounded like sage advice, the Alpine Rescue Team said this was a bad idea. 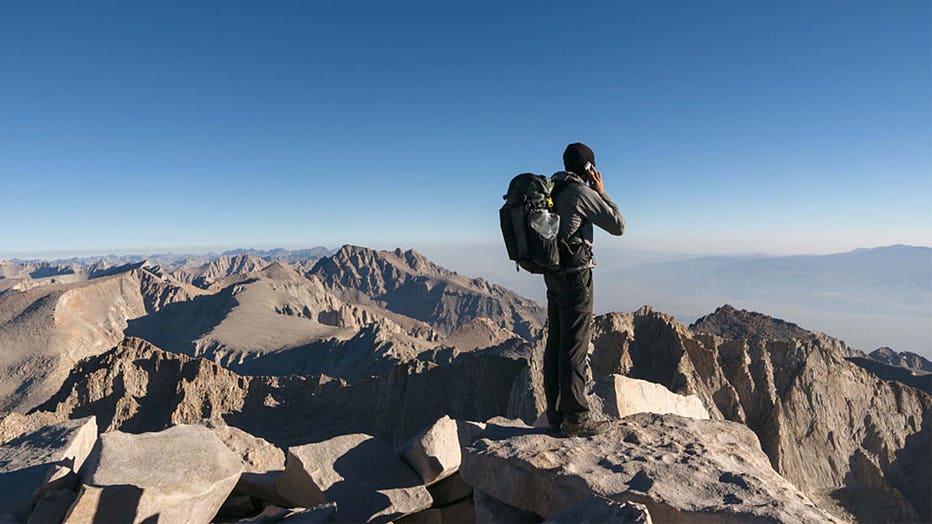 FILE - Hiker using a cell phone on the summit of Mount Whitney in California.

"Let’s talk about the viral post advising folks to change their voicemail when lost and low on cell phone battery power or their phone is dead. Posts like this get your attention, get liked by people who don't know better, are shared by folks trying to be helpful, and the algorithm spreads it like wildfire," the Alpine Rescue Team's Facebook post read.

According to the rescue team, changing your voicemail while lost is virtually impossible. The nonprofit pointed out that in order to change your voicemail, a person would need a signal and if there is no signal, changing the voicemail on your phone to reveal your location is a moot point.

"If your battery is low do not waste its power by calling your voice mail — or a friend or relative. Call 9-1-1 for help," the post continued.

Additionally, if a stranded person does not have a strong signal, texting 9-1-1 could prove effective since many 9-1-1 call centers are able to receive text messages now.

"Text takes much less power, is far more likely to get through, will automatically retry many times if you have spotty service, leaves record others can see and can give you an indication that it got thru. BTW, because of the automatic retries, you can compose and hit send on a text and then get your phone as high as possible to improve the chances of getting the message out," according to the Alpine Rescue Team.

The nonprofit also advised any people who are lost or stranded should stay put. Assuming the person was able to make a phone call, it is best to stay in one place unless they must move for safety reasons.

"Changing your location makes our job more difficult. Trying to reach someone whose GPS location we have (within a circle, of course) is faster for us than trying to nail down a moving target. STAY PUT," the post read.

The rescue team also advised the best way to maximize a cell phone’s battery life by closing all apps, turning off Bluetooth and WiFi, and do not use the GPS/map features on the phone. The compass feature is also a battery-drainer, so its best to no open that when lost or stranded, the post added.

The original post which sparked the Alpine Rescue Team’s response has since had a "partly false information" advisory put on it by Facebook.