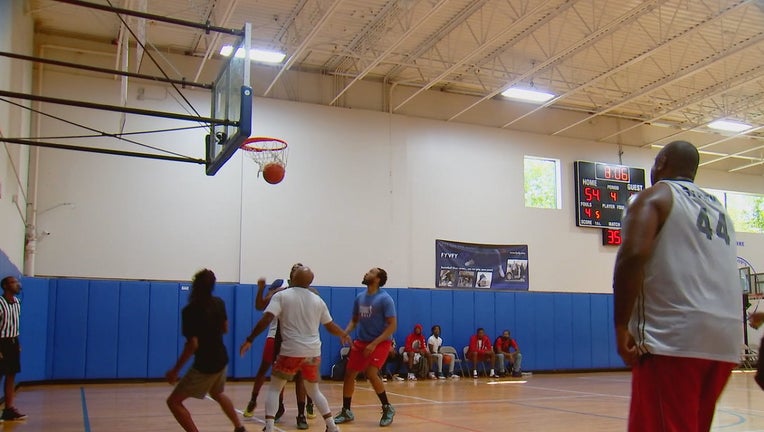 HOPKINS, Minn. (FOX 9) - In an effort to get to know the communities they police, members of the Hennepin County Sheriff’s Office and Hopkins Police Department played basketball with residents on Saturday.

Some of the officers had just gotten off their 10 p.m. to 6 a.m. shifts before going to play ball, proving just how important it was for them to work on healing the fracture between the community and police.

In an effort to get to know the communities they police, members of the Hennepin County Sheriff’s Office and Hopkins Police Department played basketball with residents on Saturday.

"When the community gets together, we can commingle and play with each other," player Barry Jennings said. "Have a little bit of adversity, but in a controlled environment."

Still, the main focus on the court was not necessarily the score, but rather reminding everyone that the police and community are on the same team.

"I’m very confident that we’ll regain the trust, but we’re going to have to do these things times a million," Hennepin County Sheriff Dave Hutchinson told FOX 9.

"It’s a work in progress, give communication a chance, create a space where you can get to know me and I can get to know you," Russell added. "Unity, consistent communication, and equity, that’s how we believe we can build to bridge the gap and bring the community together."

The event was hosted by The Inner Hero, a nonprofit created by Russell to bridge the divide between community and law enforcement.

"We can start the healing process," Russell said. "And the change can begin with you and me and hopefully the next generation can have a better path than us now."

"We should do these events every other day because we can’t be better unless we get community trust and the small events like this will eventually get us there," Sheriff Hutchinson said.

Sheriff Hutchinson believes the teamwork is key to bringing about the day when crime goes down, and law enforcement can recruit more diverse candidates.