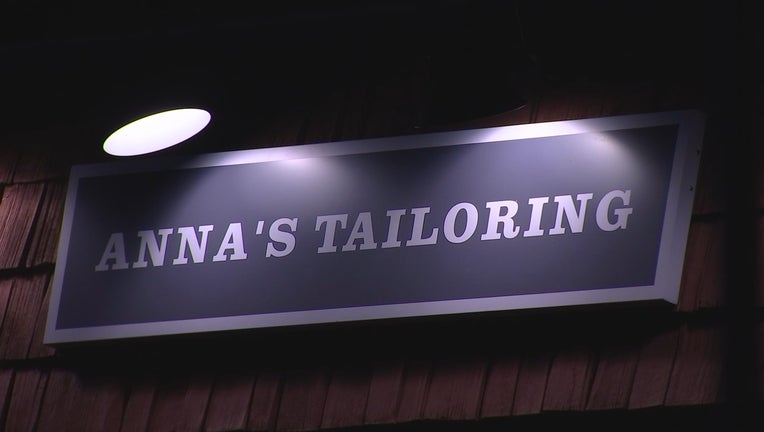 The community has rallied around Anna's Tailoring in Minneapolis. (FOX 9)

MINNEAPOLIS (FOX 9) - A beloved tailor in south Minneapolis was months away from retiring when she found herself the victim of a crime this week. But as soon as customers and neighbors of Anna's Tailoring heard what happened – they rallied to help.

Friends say Anna is very loved among those on Cedar Avenue. She’s been involved in many big life moments for people in the neighborhood and they didn't want to see Anna end her career like this.

Community rallies around Minneapolis tailor robbed as she prepares for retirement

A beloved tailor in south Minneapolis, months away from retiring had her plans suddenly change after finding herself the victim of a crime this week.

"This is someone who has seen our wedding dresses, prom dresses, baptismal gowns," said Carbone's Minneapolis Manager Susie Valentine.

That kind of care and friendship is how the owner Anna treats all her customers.

"She’s been not just a tailor to us but so much more; she’s a friend and she’s a family friend now," said customer Wendy Osborn.

But on Wednesday, Anna found herself the victim of a crime. Just before 1 p.m. Minneapolis police say a male suspect went into the business and robbed it, stealing cash, keys, and Anna’s car.

"When it's someone who is just a wonderful human being... it just doesn’t need to happen," said Valentine.

Carbones Pizza and Pub, neighbors of Anna’s for decades, stepped in to help.

The next day, customer Wendy Osborn started a GoFundMe page to help Anna -- who was set to retire from her 25-year career in just a few months, but closed her shop up immediately after what happened.

Within hours, thousands of dollars were raised.

"I was so pleasantly surprised by the number of people who had donated and left all those comments and I know Anna, too, she is completely speechless," said Osborn.

These neighbors want the message to be clear: Love is stronger than any crime.

"We believe in this community and what the people have done to turn this event around into something positive, and to something wonderful because that’s who we really are," added Osborn.

Minneapolis police tell us they are investigating this crime. At last check, the GoFundMe for Anna's retirement has raised more than $10,000.