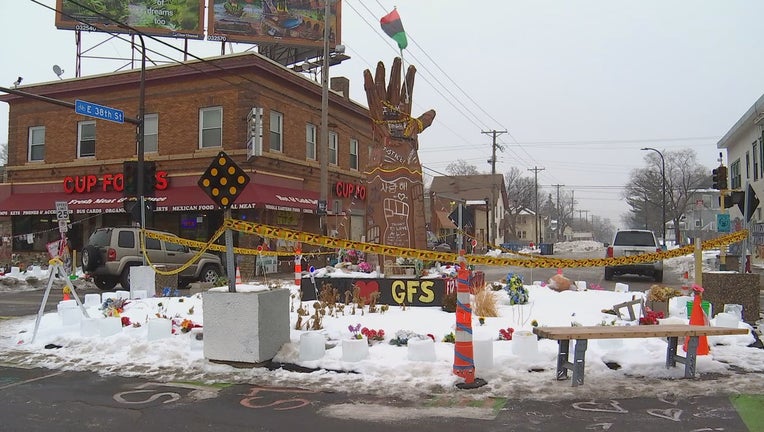 MINNEAPOLIS (FOX 9) - The George Floyd Memorial in south Minneapolis was a flashpoint in nationwide protests for racial justice but safety in the area has been a big concern.

Thursday, one city leader is engaging the community in a conversation about the future of what is known among some as "George Floyd Square."

The George Floyd Memorial in south Minneapolis was a flashpoint in nationwide protests for racial justice but safety in the area has been a big concern.

At the intersection of 38th and Chicago, a memorial to George Floyd still stands. It’s been more than seven months since he was killed while in the custody of Minneapolis police.

"I’m working for real truthful dialogue about how we can move forward as a community," said Minneapolis City Council Vice President Andrea Jenkins.

Jenkins is engaging the community in a conversation about the future of what is now known as George Floyd Square. 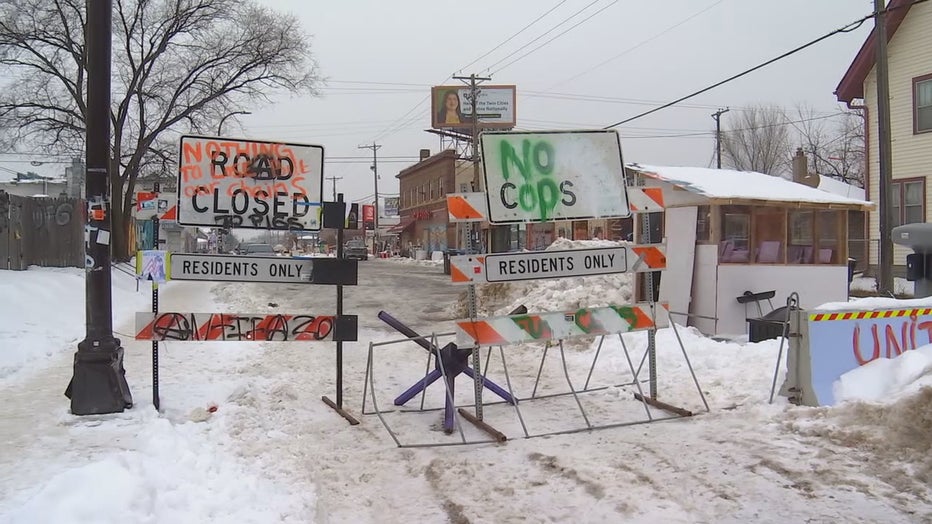 Barriers have been up since George Floyd's death in May blocking 38th and Chicago. (FOX 9)

Cordoned off by barricades, the epicenter of a global movement for racial equality has been under occupation for months.

"Yes, it is a place for people to heal, and also there are a number of nefarious activities that are going on that is dramatically disrupting peoples’ lives," said Jenkins.

Jenkins’ vision for the site includes reopening the intersection. It is then that she believes the healing in the community will begin.

"Whatever is there, I think has to be a community-driven process and I want to be at the table with the community to create that," concluded Jenkins.

For more information on the virtual event Thursday evening, you can click here.