Minnesota boy overwhelmed after seeing colors for the first time

A Cottonwood, Minnesota had quite the emotional reaction when he was able to see colors for the first time due to special glasses. Now, he's trying to help others.

COTTONWOOD, Minn. (FOX 9) - A Minnesota boy who has color blindness got the chance to see colors for the first time recently. The heartwarming moment was captured on video and is now inspiring countless others as the middle school student works to give back to the community.

"My world’s just different than everybody else's," explained Jonathan Jones. 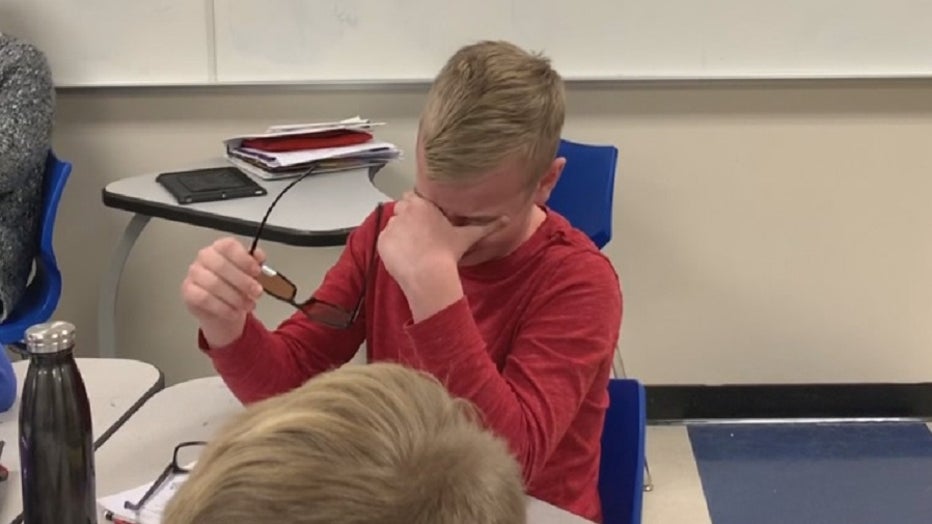 Jonathan Jones clears up after trying on his principal's glasses and getting to see color for the first time. (Ben Jones / Twitter)

When Jonathan first got glasses three years ago, he learned that his world is a lot different than other kids.

"And then they said to my mom, 'your son’s extremely color blind,'" recalled Jonathan. " I thought this is how my world was. I didn’t know how other people saw it."

As it turns out, Jonathan's principal Scott Hanson is also color blind. So Hanson brought his own special glasses, a gift from his own family, for Jonathan to try during his 7th-grade science class at Lakeview School in Cottonwood, Minnesota. The glasses allowed Jonathan the chance to see color for the first time. 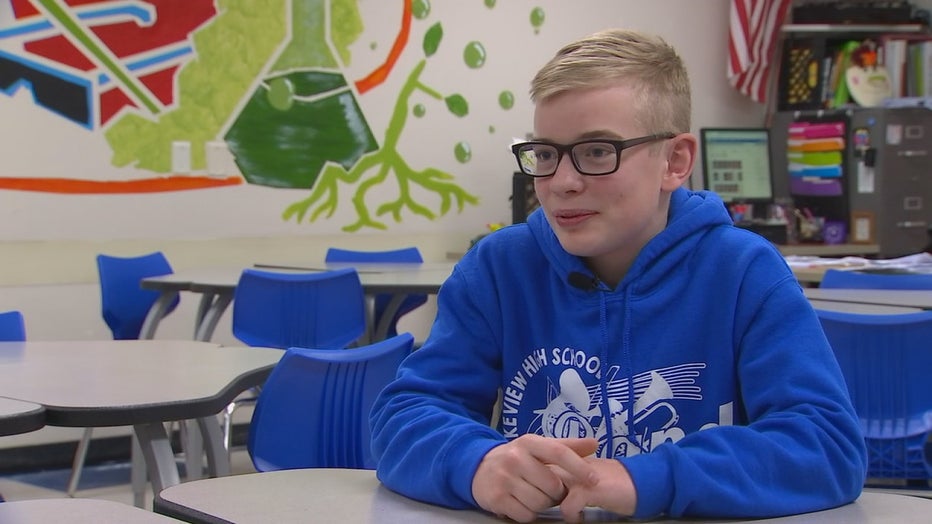 Jonathan Jones is now donating to others after seeing color for the first time. (FOX 9)

Jonathan’s parents were on hand to watch with his dad recording a video.

"I put them on and was like, ‘Yeah, this is pretty cool’ and also, ‘I’ve been missing out on this my whole life… why?’" Jonathan said.

The difference was overwhelming as Jonathan realized what he’s missed.

"Yeah, they were tears of joy and also some sadness," he explained.

The video was so powerful and moving, his family had to share it on social media where it quickly began its viral run.

So Carole turned to GoFundMe so people can donate to a fund to provide these color-blind glasses to others.

"We’re going to be able to buy a lot of glasses," she said.

At about $350 a piece, they know they can brighten the world for a lot of other people.

"And I told him we’ve been given this opportunity, this short light and this is our opportunity to take that light and shine it towards others," Carole said. "That’s hopefully what we’re going to be able to do."

As of Friday evening, the fundraiser had already surpassed $7,500, with more donations flowing in. You can click here to donate to the project.