FOX news anchor Chris Wallace announced his resignation Sunday from the network. He made the announcement at the end of the weekly news show "FOX News Sunday." (Credit: FOX News)

FOX news anchor Chris Wallace announced his resignation Sunday from the network. He made the announcement at the end of the weekly news show he moderates, "FOX News Sunday," prefacing it as "a personal note."

"After 18 years, this is my final "FOX News Sunday." It is the last time, and I say this with real sadness, that we will meet like this," he said. 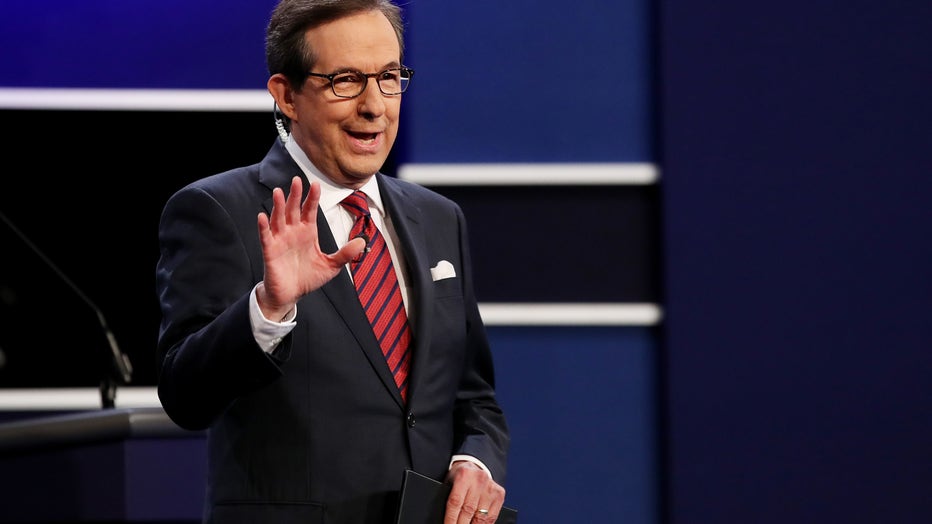 LAS VEGAS, NV - OCTOBER 19: Fox News anchor and moderator Chris Wallace speaks to the guests and attendees during the third U.S. presidential debate at the Thomas & Mack Center on October 19, 2016 in Las Vegas, Nevada. Tonight is the final debate

CNN announced shortly after his show ended that Wallace, who is 74, will join the streaming service CNN+ as an anchor. The service is due to debut sometime next year.

In his final moments on his show, Wallace reflected on his time there, saying he’s been "free to report to the best of my ability, to cover the stories I think are important, to hold our country’s leaders to account."

"Eighteen years ago, the bosses at here at FOX promised they would never interfere with a guest I booked or a question I asked. And they kept that promise," he said.

Wallace was a veteran broadcast network newsman, working at both ABC and NBC News, before the late Roger Ailes lured him to FOX with the promise of his own Sunday show. Methodical and never showy — in contrast to his father Mike, the legendary "60 Minutes" reporter — Chris Wallace was known for his methodical preparation and willingness to ask hard questions of all guests.

He was the first FOX News personality to moderate a presidential debate, doing it in 2016 and 2020. The debate he moderated last year went off the rails when then-President Donald Trump repeatedly interrupted Democratic challenger Joe Biden.

Wallace said he decided to leave the network because he’s ready to try something new.

"I want to try something new, to go beyond politics, to all the things I’m interested in. I’m ready for a new adventure. I hope you’ll check it out," he said.

His announcement even took the guests on his show Sunday by surprise; they were not tipped off ahead of time. FOX said a series of rotating guest news anchors will take over for Wallace until a permanent host is named.

In CNN's announcement, he said, "I look forward to the new freedom and flexibility streaming affords in interviewing major figures across the news landscape — and finding new ways to tell stories."

This story was reported from Detroit. The Associated Press contributed.