MINNEAPOLIS (FOX 9) - The full jury has been seated in the trial of Derek Chauvin, the former Minneapolis police officer charged in the death of George Floyd. Opening statements in the trial will begin Monday, March 29 at 9 a.m.

Fifteen jurors were selected, although only 14--12 jurors and two alternates--will actually hear the case. The 15th juror will be dismissed on Monday unless one of the other selected jurors drops out, Judge Peter Cahill said. 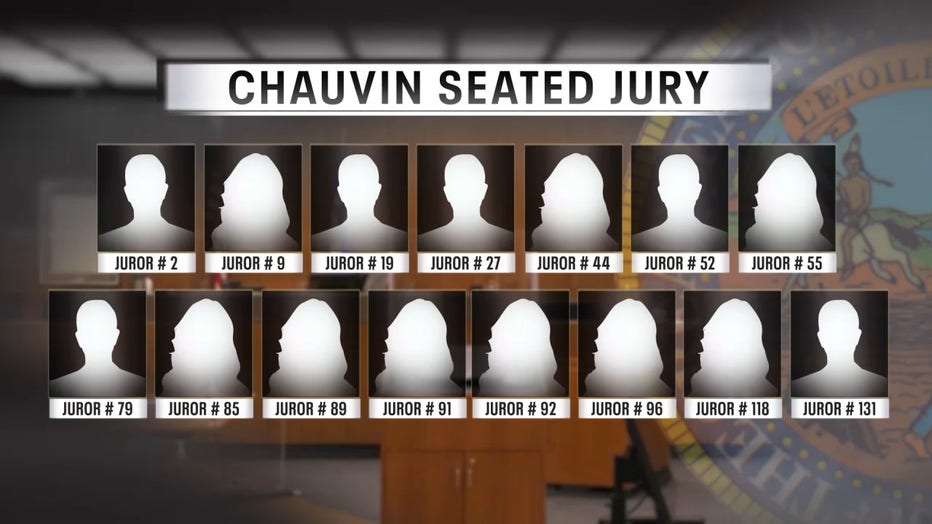 Fifteen jurors have been seated in the Derek Chauvin trial, although only 14 (12 jurors and two alternates) will hear the case. (FOX 9)

Judge Cahill told the selected jurors to go home and not to do any reading or research about the case. They will report back to the courthouse at 9 a.m. on Monday.

Jury selection begins Monday morning in the trial of Derek Chauvin in a downtown Minneapolis courtroom. Here is what you need to know about the process.

Each prospective juror was assigned a randomized number when they filled out the 14-page questionnaire, which asked them about their knowledge of the case, police connections and attitudes towards the justice system as well as their media habits.