ST. PAUL, Minn. (FOX 9) - A 22-year-old woman was charged with murder Monday for allegedly stabbing and killing her boyfriend in St. Paul over the weekend.

Kayla Pope of St. Paul is charged with one count of second-degree murder in connection with the death of Eric Brown, 23, of Minneapolis.

According to the charges, St. Paul police officers responded to the area of 7th Street East and White Bear Avenue shortly before 9 p.m. Friday on a report of a man lying in the street. When they arrived, they found Brown unconscious, not breathing and with no pulse. He had been stabbed in the shoulder. He died at the hospital a short time later. 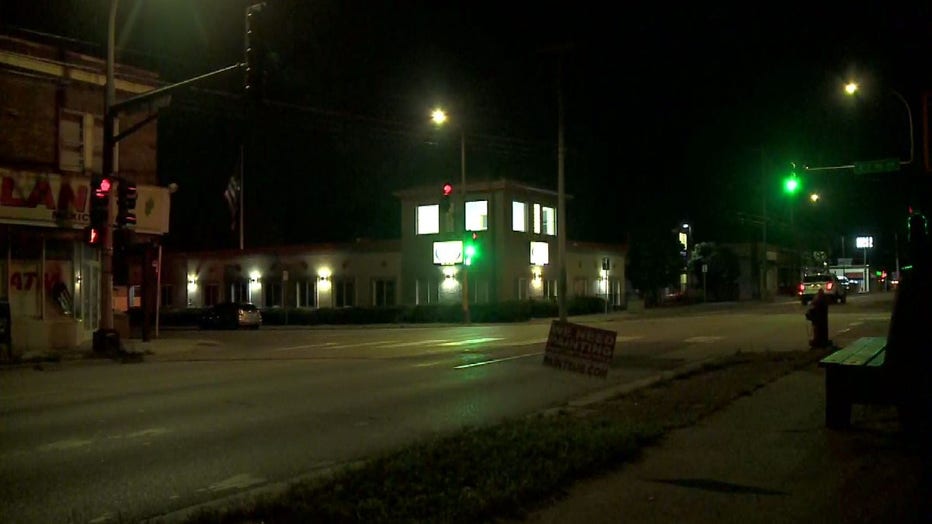 Police are investigating after a man was found lying in the street in St. Paul, suffering from a stab wound. He later died of his injuries.

Officers saw Pope, Brown’s girlfriend, flee from the scene. She was located, taken to police headquarters for questioning and eventually arrested.

Pope claimed Brown had been stabbed by an unknown man during a drug deal gone wrong. She denied any involvement in his stabbing death.

Witnesses told police they saw a woman chasing after a man, who was yelling for help. The man fell in the middle of the street, got up and then collapsed on the sidewalk.

People reviewed surveillance video from a tire shop in the area, which showed Brown sprinting into traffic, carrying a bag of food. Pope sprinted after him. She caught him in the middle of the street and they collided.

The video showed Brown fall to the ground and Pope ran past him. When he got back to his feet, she went after him again. He ran towards White Bear Avenue, slumping over as he fled as if he had been injured. Pope chased him. He crossed White Bear Avenue and collapsed.

Pope told investigators she and Brown, who shared a child together, had an abusive relationship. She admitted to taking a steak knife and chasing after Brown that night. She claimed as she tried to stab Brown’s backpack, he turned, causing the backpack to swing and her knife to go directly into his back.

Additionally, Pope showed investigators where she hid the murder weapon.

The Ramsey County Medical Examiner determined Brown died of exsanguination due to a stab wound to the back and said his manner of death was homicide.