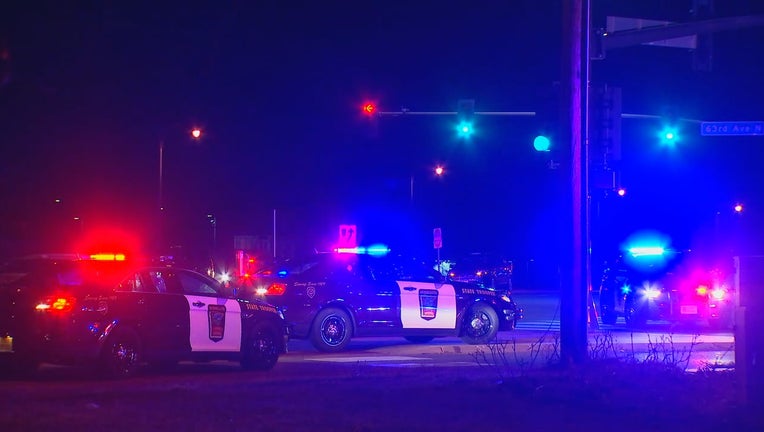 According to the criminal complaint, 38-year-old Tyrice Laws was charged with attempted first-degree murder of a police officer, first-degree assault of a police officer, one count for violating an order for protection while possessing a firearm, and one count of possession of a firearm while the subject of an order for protection.

On Dec. 11, the mother of Laws’ children - who has an order of protection against him - saw a vehicle pull into her driveway in Brooklyn Park from her surveillance livestream while she and her children were not home. Tyrice Laws called her and demanded to see the children.

An officer and a suspect were both injured Friday night after shooting&nbsp;following&nbsp;a domestic disturbance call in Brooklyn Park, Minnesota.

The woman called 911 to report that Laws was at her residence, and two police officers responded to the scene. The officers approached Laws’ vehicle from each side. According to the complaint, neither officer drew their service weapon as they approached.

Laws then got out of his car, bent down, and reached into his vehicle before standing back up. Shortly after, Laws reached down again, pulled out a handgun, and pointed it at one of the officers, the complaint states. Laws fired his gun five or six times at the officer, firing the first shot when he was 5 to 7 feet away.

According to the complaint, both officers then returned fire, and one officer fell to the ground while Laws ran into the backyard.

Monday, the BCA said two veteran officers have been put on standard administrative leave. They are 18-year veteran Andrew McComb and Elisha Dwyer, who has 14 years in law enforcement but 18 months with the Brooklyn Park Police Department.

The Minnesota Bureau of Criminal Apprehension reviewed both squad video and body camera footage during its investigation into the officer shooting of Laws, which remains under investigation.