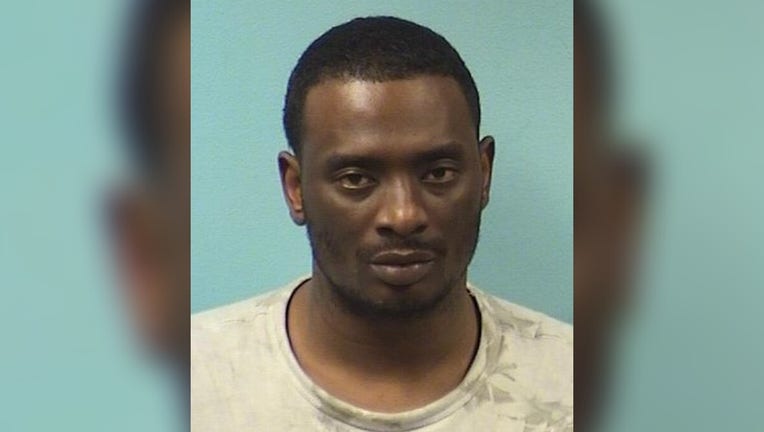 Ray Reco McNeary has been charged in connection to a hostage situation at a St. Cloud, Minnesota bank.

ST. CLOUD, Minn. (FOX 9) - The man accused of holding five employees hostage at a Wells Fargo bank for more than eight hours Thursday in St. Cloud, Minnesota has been charged.

Ray Reco McNeary, 35, of Waite Park has been charged with five counts of non-firearm kidnapping, one count of first-degree aggravated robbery and one count of second-degree assault for allegedly wielding a pair of scissors. Additional charges may come from the U.S. Attorney's Office, according to Stearns County Attorney Janelle Kendall.

The man accused of holding five employees hostage at a Wells Fargo bank for more than eight hours Thursday in St. Cloud, Minnesota has been charged.

Just before 2 p.m. Thursday, St. Cloud police responded to the bank at 200 33rd Avenue South after receiving a call from the branch manager about a disgruntled customer, later identified as McNeary, who might be a safety concern to the customers and employees.

According to the charges, McNeary was upset about possible fraud on his account. The bank manager took him into his office and was unable to find McNeary's account, which angered him. The manager called 911 and shortly after activated the silent bank alarm, alerting police of a bank robbery in progress.

McNeary forced the manager to take him to the vault, where the manager placed a large amount of cash in a bag and gave it to McNeary. At one point, McNeary grabbed the manager's hand sharply, causing his watch to cut into his wrist. The manager also told police he felt McNeary press an object into his back.

Police and members of the FBI ran into a St. Cloud Wells Fargo branch Thursday evening, after the final hostage being held during an hours-long standoff made a run for the door.

After receiving the money, McNeary threw the bills throughout the bank. He then took employees' phones and damaged them by slamming them or putting them in water.

At first, McNeary had four hostages gathered in the lobby. A fifth employee hid in an adjacent office and spoke with police on his phone until his battery ran out. Eventually, McNeary got a key card, found the man in the office and brought him to the lobby with the others.

McNeary told hostages they would ‘die together’

The five bank employees became hostages and were held for hours.

Throughout that time, McNeary told the hostages he wanted a "big show" and for the incident to "go viral," the charges state. However, he also told them he wanted to be a "martyr" and he'd take the victims "with him."

As the hours went on, the victims said McNeary's behavior escalated. He threatened them, said he would use the bank manager as a shield and they would "die together," according to the charges.

McNeary threatened to stab bank manager in the neck with scissors

In videos posted on social media, McNeary directly threatened the manager. McNeary also told law enforcement he planned to kill the hostages and himself.

At one point, McNeary put a pair of scissors to the bank manager's neck and said, "I will have to shiv you in the neck," the charges state. McNeary then pushed him to the ground and said, "If you move, I swear to God I'll stab you."

Hostages make their escape, get released

St. Cloud Police Chief Blair Anderson said while some hostages were let go, others made a run for it.

According to the charges, the first hostage got out of the bank by moving quickly past McNeary and pushing past him. The charges state she got out around 7:09 p.m.

The second hostage was allowed to leave because she was having medical problems. McNeary let the third hostage go after she agreed to leave her phone behind so McNeary could communicate with those outside of the bank. Later, he allowed a third hostage to leave.

Just before 10:30 p.m., the last hostage, the bank manager, made a run for the door after learning tactical teams were directly outside the door in position to enter. Law enforcement then took McNeary into custody.

No one was injured during the incident. A gun was not found at the scene.

Chief Anderson said McNeary has a criminal history including violent crime and is known to the police department.

McNeary was scheduled to have his bail hearing Friday morning, but was uncooperative and refused to appear for court, according to the Stearns County Attorney's Office. The judge postponed the hearing, rescheduling it for Monday.

McNeary is in custody at the Stearns County Jail.