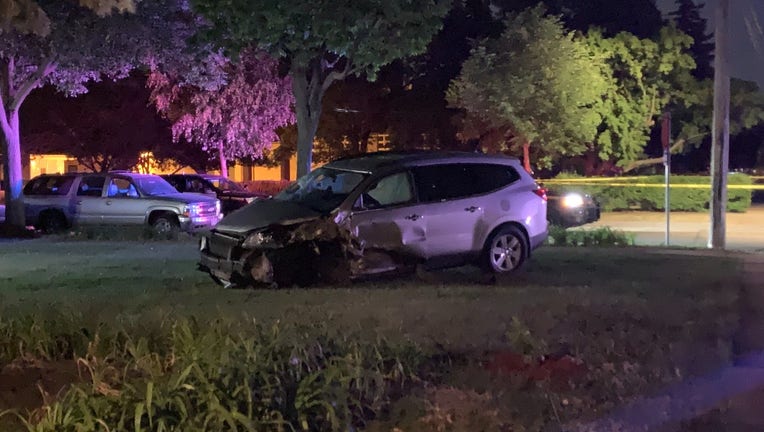 MINNEAPOLIS (FOX 9) - A 34-year-old Minneapolis man has been charged after police say he fatally struck a 16-year-old skateboarder with his SUV in north Minneapolis earlier this week.

Teen on skateboard struck by vehicle in Minneapolis dies, one in custody

A teenage boy died after being struck by a vehicle in the Lind-Bohanon neighborhood of Minneapolis Tuesday night, according to Minneapolis police spokesman John Elder.

The crash happened Wednesday night at the intersection of 51st Avenue North and Fremont Avenue North. Responders rushed Chew to a hospital, where he later passed away.

According to the charges, investigators learned Brookins was driving northbound on Fremont at about 55 mph and blew through a stop sign, hitting Chew, who was crossing the intersection on his skateboard.

The charges say Brookins continued driving after the crash and hit several parked vehicles, losing a wheel in the process, before finally coming to a stop in a front yard at 52nd Avenue North and Fremont Avenue North. The SUV had heavy damage, including a hole in the windshield.

The charges state Brookins was "visibly intoxicated," smelled of alcohol and recorded a .16 on a preliminary breath test. Results from a blood test are still pending.

Surveillance cameras from several nearby homes captured the incident on video. The charges state Brookins also admitted to witnesses and police that he hit the teen.

Brookins was previously convicted of DWI in August of 2019.