After some Labor Day weekend shopping, a group of girls was leaving Mall of America on the afternoon of September 4, 2021, when two men approached them in a parking ramp, according to a criminal complaint.

ST. PAUL, Minn. (FOX 9) - After some Labor Day weekend shopping, a group of girls was leaving Mall of America on the afternoon of September 4, 2021, when two men approached them in a parking ramp, according to a criminal complaint.

Holding guns and demanding their belongings, a suspect pistol-whipped one of the girls. The men drive off and make their way to a Walmart store in Brooklyn Center, stolen credit cards in hand. Store surveillance cameras captured them at self-checkout.

Criminal charges detail that from the footage, analysts with Hennepin County Sheriff's Office Criminal Information and Analysis Unit (CISA) identified one of the suspects.

The unit looks at crime patterns and trends and according to the Sheriff's Office, Hennepin County CISA is available to assist local agencies with developing investigative leads and other forms of assistance in virtually any type of criminal case.

From there, police compared the images with an earlier booking photo of 19-year-old Kylese Perryman, and a KOPS alert was issued for his arrest. He was arrested after being pulled over by Minnesota State Patrol for expired tabs and was charged with felony aggravated robbery.

As he sat in jail for five days this September, Kylese remained adamant that they had the wrong guy.

"I was accused and humiliated for something I didn't do," said Perryman.

"When I saw Kylese in the Hennepin County Jail, he looked me square in the eye and said, 'I didn't do this,'" said Perryman's attorney, Mark D Kelly, who began gathering evidence.

He learned the car the two suspects were driving was stolen out of Minneapolis around 5:30 p.m. on September 3, the day before the MOA robbery, but Perryman was clocked in at work from 4 p.m. to 2 a.m. that day.

As the crimes were taking place on September 4, Verizon data shows his cell phone was miles away at home.

Shortly after that, Perryman went to a family birthday party in Andover, where a time-stamped photo was taken on an iPhone. The Verizon phone records reflect also reflect the location.

Kelly maintains the initial identification, based on a low-resolution mugshot is the only evidence prosecutors had against his client. Court records don't detail any physical evidence, eyewitness IDs, text messages, or cell phone data linking Perryman to the crime.

The Walmart surveillance video also shows the suspect with no visible tattoos on his right forearm, but Kylese's right forearm has two tattoos on either side. Law enforcement already had records of his tattoos.

"If they would have just looked at the surveillance video for any length of time and just compared it with his booking info, they would have realized that this is the wrong guy," said Kelly. "We knew that we had a smoking gun piece of evidence that could prove this wasn't Kylese." 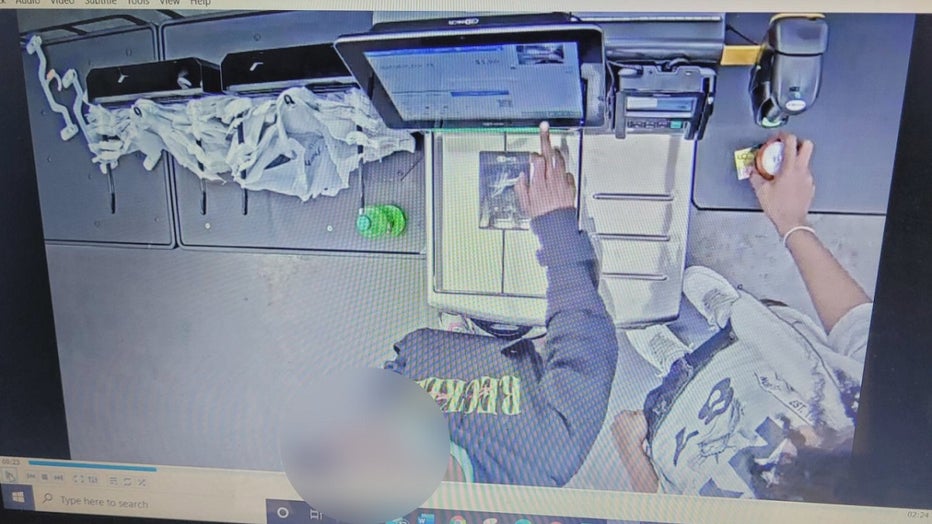 Surveillance videos show no tattoos on the suspect's arms.

"It's shocking that there wasn't more time spent," said Kelly. "I think they know right now they accused the wrong man and hopefully, they are on the right trail," said Kelly.

Even though charges have been dropped, Perryman is left shaken and wondering why this happened in the first place. He thinks his race played a big part in the misidentification.

He said he wanted to share his story because he doesn't want anyone else to go through the same thing he did.

"I feel like anytime, I could be arrested for something I didn't do," said Perryman.

A hearing to expunge the charges from his record is scheduled for next year.

Bloomington Police tells FOX 9 this case is still an open and active investigation.