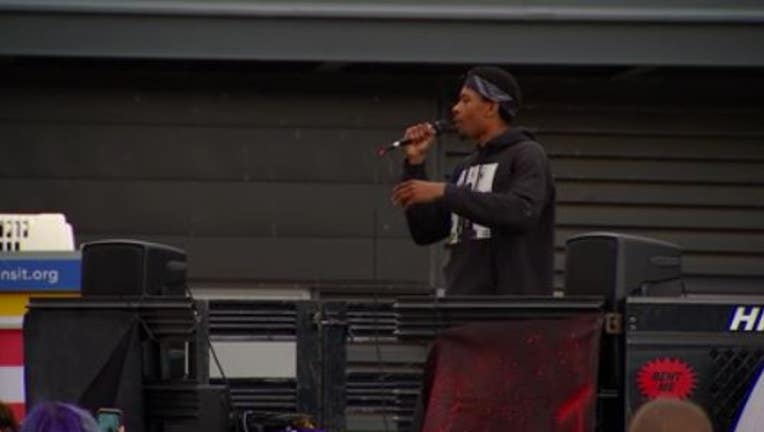 MINNEAPOLIS (FOX 9) - While the Vikings played Sunday, demonstrators were outside the stadium protesting the death of Breonna Taylor and the Grand Jury decision that followed.

“We’re going to do something special to remember her,” said Royce White, of the 10K Foundation. “We’re prepared to take things up a notch in order to fight.”

Taylor was a 26-year-old Kentucky woman who was shot and killed by officers executing a no-knock warrant at her home in March. Those officers were fired upon by Taylor’s boyfriend. One of them was hit.

None of the three officers in the shooting were charged directly in her death.