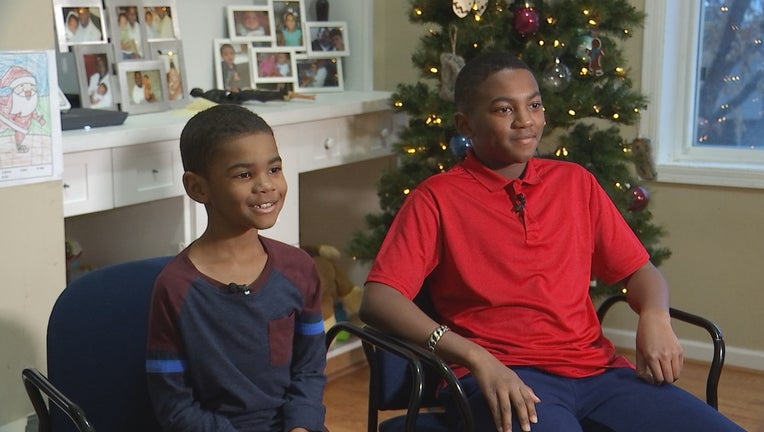 Moved after seeing a news report on the Drake fire, the boys rushed downtown with their mom to gift away their own Christmas gifts. (FOX 9)

MINNEAPOLIS (FOX 9) - Two boys who gave up their own gifts to make sure other boys and girls who escaped a major fire at a Minneapolis hotel had something to look forward to on Christmas are being recognized for their compassionate gesture.

On Christmas morning, a fire tore through the Drake Hotel in Minneapolis, which acted as an overflow shelter for families facing homelessness, displacing 250 people including 100 children.

Two boys who gave up their own gifts to make sure other boys and girls who escaped a major fire at a Minneapolis hotel had something to look forward to on Christmas are being recognized for their compassionate gesture.

Most families lost everything besides the clothes on their backs. The tragic circumstances of the fire compelled hundreds of Minnesotans to act, bringing supplies like clothes, coats, and diapers to the scene of the fire for the families.

Among those donating items for the fire survivors were 13-year-old Andrew and his little brother Brandon. The two young boys said they came down to the fire scene to bring their own gifts so the kids who escaped the fire would have something on Christmas morning.

The heartwarming gesture made waves on social media and even caught the attention of a major toymaker who is now offering to replace toys for the family.

"We turned on the TV to watch a movie and when we turned it on it was on the news and there was apparently a fire at a hotel in downtown Minneapolis," recalled Andrew Brundidge.

It was news that would change the Brundidge family’s Christmas day.

"Then we saw 100 kids lost all their gifts for Christmas, and my heart sank," added mother Sheletta Brundidge.

It was 13-year-old Andrew who would push his family to remember the true meaning of the holiday.

"I wanted to do the right thing and help someone out," he said. 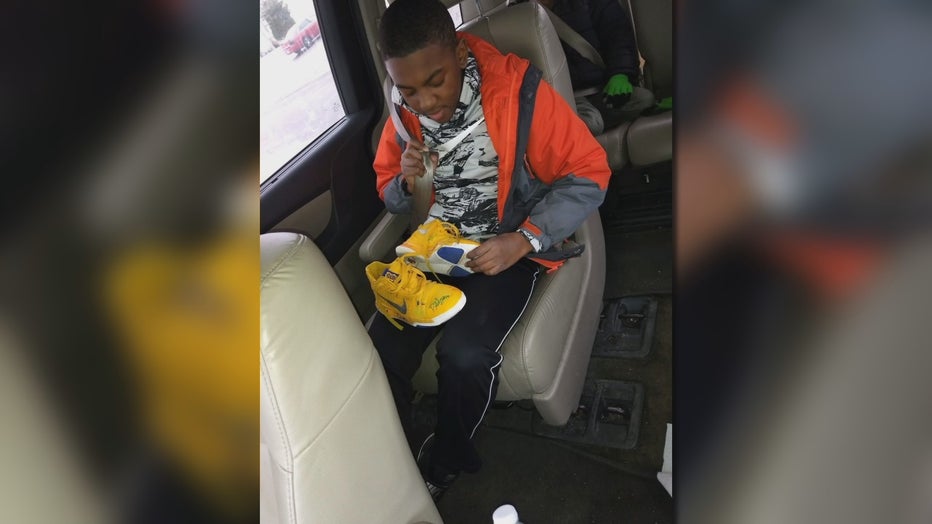 Along with his brand new snowboard, Andrew gave away a pair of sneakers signed by his favorite basketball player Kyrie Irving. (Supplied)

Andrew decided to give away his one big present under the tree - a snowboard - and some very special sneakers, autographed by his favorite NBA player Kyrie Irving.

"I was hoping if I gave them to someone else, they could be inspired too," he said.

With his brother and mother, they took presents from all four of the Brundidge children into downtown Minneapolis. When they got to the fire, Andrew knew what he wanted to do.

"I tried to find someone my age, my size, that lived at the hotel," he said.

And Andrew didn’t stop until he found the person he was looking for.

"He was really happy and gave me a hug and was smiling so wide, ear to ear," Andrew said.

"Andrew gave him the snowboard he was like, 'You know how to snowboard,'" Sheletta said. "The kid said, 'No but I’ll try.' And for a moment, just that moment, we brought a little bit of joy into a child's life."

The boys’ generous spirit isn’t going unnoticed. In a Facebook message, toymaker Mattel told Sheletta they wanted to replace the toys her children had donated and send more to the children who lived at the Drake Hotel. The company plans to give toys to all the kids affected by the fire.

But for Andrew and Brandon, there’s no question where those toys will go.

"Yes I want to donate 100 toys to the kids," exclaimed Brandon.

"Mattel said they wanted to send us some toys to make up for the Christmas gifts we lost, but I just want to donate what they send us," Andrew agreed.