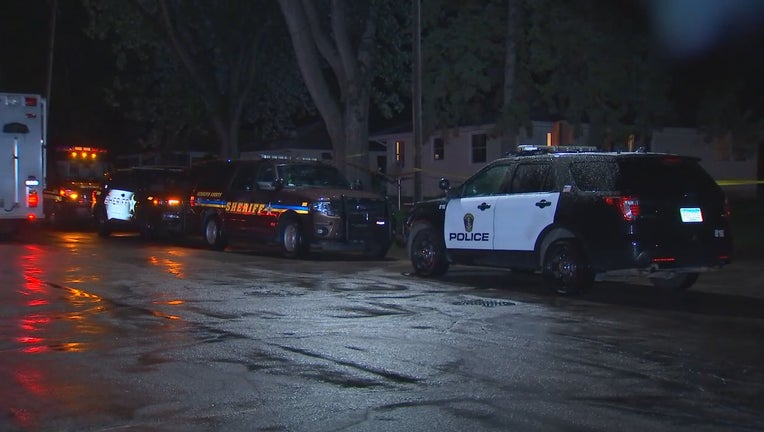 Law enforcement investigates a shooting that left a woman dead and two others injured in Bloomington, Minnesota.

MINNEAPOLIS (FOX 9) - A Bloomington man pleaded guilty to murdering his wife and shooting his next-door neighbors, including a 12-year-old girl, in August, according to the Hennepin County Attorney's Office.

Under the agreement, he is expected to be sentenced to more than 48 years behind bars. He will likely be more than 80 years old by the time he can let out for supervised release. His formal sentencing is scheduled for March 15.

At his court appearance Wednesday, he admitted to shooting his wife, Angela Mesich, 12 times in the garage of their Bloomington home on Aug. 30.

After shooting his wife, Mesich went outside and shot a 12-year-old Makayla Saulter-Outlaw and her 29-year-old sister Canisha Saulter-Smith, who were moving items into a U-Haul truck at the time. Mesich told the court he shot them because he thought they may have heard him shoot his wife.

The girl was shot in the head, while her sister was hit in the legs. Both are still recovering from their injuries, according to the Hennepin County Attorney's Office.

Mesich also admitted to shooting at an officer after law enforcement responded to his home the night of the incident. The bullet hit a parked vehicle.