Whether or not the Twin Metals project in the Boundary Waters will ever resume continues to be a topic of debate among presidential administrations and politicians.

ST. PAUL, Minn. (FOX 9) - U.S. Secretary of the Interior Deb Haaland declined to say Friday whether she would allow the proposed Twin Metals copper-nickel mine in northern Minnesota to move ahead under any conditions.

Haaland briefly answered questions from reporters during a visit to St. Paul to promote federal funding for the restoration of urban parks and trails.

Her agency canceled two mineral leases for Twin Metals in January over concerns about its proximity to the Boundary Waters Canoe Area Wilderness. In doing so, President Joe Biden's administration reversed a decision made under President Donald Trump to renew the leases.

"I think it’s important for us to make sure that whatever activity is happening on that important land that we just assess – to make sure we’re not doing anything that will harm the land," Haaland told reporters. When asked if the administration would allow the project to advance, she said, "I can't answer that right now."

The Biden administration's January decision satisfied Native American tribes and environmentalists who have long sought to block the project, while angering the mining industry and Republicans.
Speaking ahead of Haaland's event, U.S. Rep. Pete Stauber said the Biden administration has put up "roadblocks" to proposed mining projects in his district.

"Secretary Haaland and this administration has gotten in its own way of domestic mining for critical minerals," said Stauber, R-Hermantown.

In turn, environmentalists pointed to polls that suggest a majority of Minnesotans oppose mining near the Boundary Waters. Environmental groups have said Twin Metals would be dangerous to the natural area. 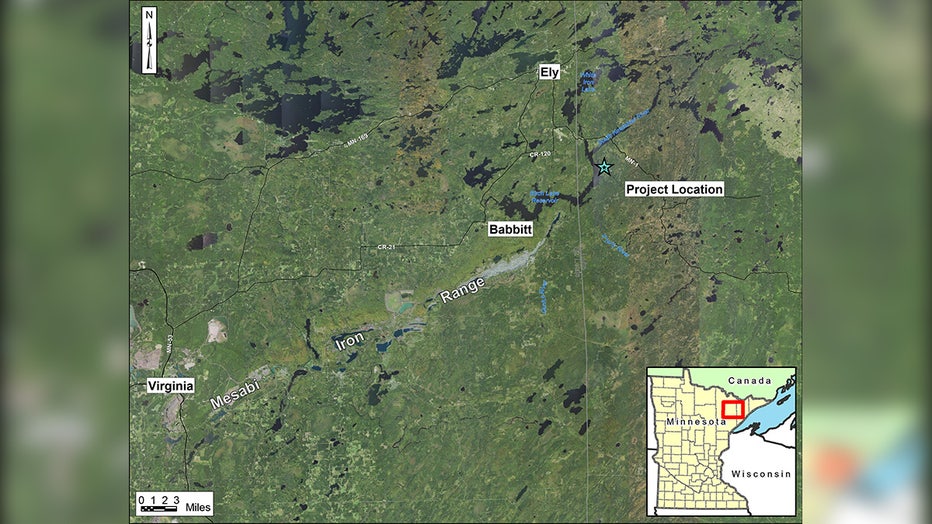 A proposed copper-nickel mine in northeastern Minnesota faces a rocky future after the U.S. Department of the Interior announced the cancelation of two federal mineral leases, and the DNR concludes environmental study contracts for the project.

Northern Minnesota has ample deposits of nickel and cobalt, two key components of electric vehicle batteries. EVs have been a key focus of the Biden administration.

A second mining company, Talon Metals, says it has signed a deal with Tesla to supply nickel to the world's most valuable automaker from a proposed mine west of Cloquet.
Urban parks renewal

During her St. Paul visit, Haaland announced that Minnesota will receive $9 million for renewal projects at three urban parks. They are: Willard Park in Minneapolis, Rice Recreation Center in St. Paul, and Soldiers Field Park in Rochester.

The money is Minnesota's share of a $61 million federal program for parks and trails in neighborhoods that lack outdoor recreation space.