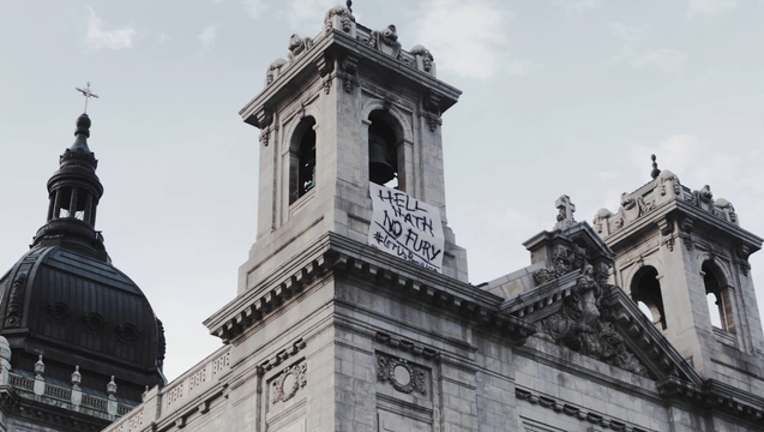 MINNEAPOLIS (KMSP) - The Basilica Block Party starts Friday and a local band will be playing at the music festival after pulling off quite the stunt.

The three women in the band climbed to the top of the Basilica in Minneapolis and unfurled a sign. It said their band name, "Hell Hath No Fury" and “#LetUsBasilica”.

After the stunt, the band members had a conversation with church leaders and played their music for them. The band was then offered a spot in the lineup.

Officials say the lineup will be adjusted to include Hell Hath No Fury. This is the 23rd Basilica Block Party, which started in 1995 as a fundraiser to help restore the Basilica.