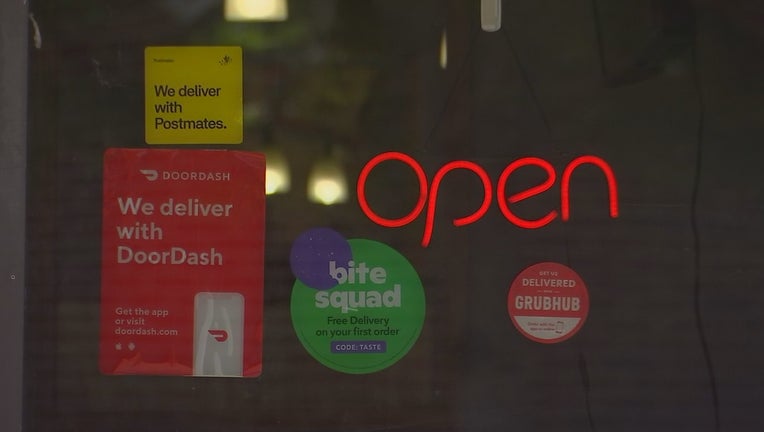 Hufan Restaurant and Cafe reopened last week after closing due to damages from the Minneapolis riots.

MINNEAPOLIS (FOX 9) - A month after George Floyd’s death and the following destructive riots, Minneapolis business owners remain concerned for public safety as they look toward the future.

Abdiwahab Mohamed owns and operates a third generation family business at 13th and East Lake Street in Minneapolis. Hufan Restaurant and Café traces its roots back to Mohamed’s native Somalia.

A month after George Floyd’s death and the following destructive riots, Minneapolis business owners remain concerned for public safety as they look toward the future.&nbsp;

Mohamed watched in terror on his surveillance cameras as looters shattered the glass windows, smashed the cash register, and stole some of his money in the unrest following the death of George Floyd.

He reopened Hufan just last week and remains committed to Minneapolis, but he and his oldest son worry about the police and who will protect them and the business going forward. He describes the Minneapolis Police Department as missing in action.

“The bad people, they know if they do something bad, the police are not coming out,” said Mohamed. “They’re happy. They do whatever they want.”

“There is no protection,” said Salman Mohamed of Hufan Restaurant and Café. “That’s a huge problem.”

City leaders with eyes on piecing Minneapolis back together again acknowledged on Thursday the Mohameds aren’t alone.

With more than 1,000 buildings and store fronts either damaged or destroyed, businesses owners are expressing deep reservations about public safety. For some it means deciding whether to keep operating inside the city or relocate elsewhere during what could be a lengthy recovery process.

“The city police department continues to operate,” said Erik Hansen, the Minneapolis Director of Economic Policy and Development. “The city’s police department are responding to 911 calls. But some are reluctant to call 911, so we are encouraging if businesses that want security to go with licensed companies or call us for additional assistance. It’s not rosy.”