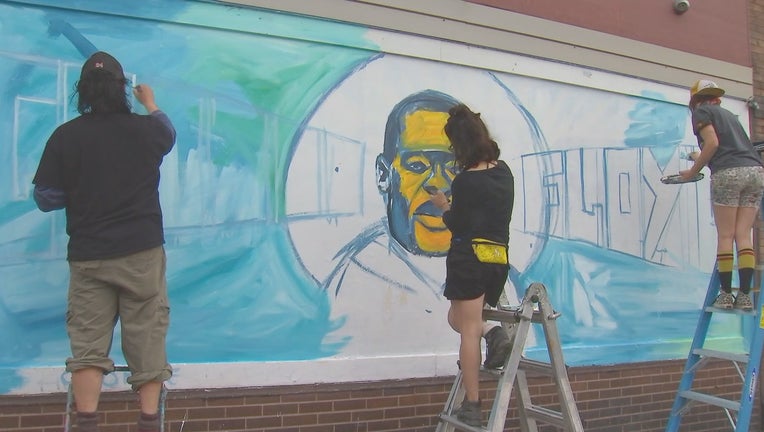 MINNEAPOLIS (FOX 9) - A group of artists are honoring George Floyd Thursday by crafting a mural at the spot where he was killed Monday night.

Artists began work on the mural Thursday morning on the wall of the Cup Foods at the corner of 38th Street and Chicago Avenue South in Minneapolis.

The artists say the mural, featuring George Floyd's face, will be completed by the end of the day Thursday at the corner of 38th and Chicago.

Three community members came up with the design and painted it. They say they want to do something peaceful to give back to the community and give people a place to mourn and pay tribute to Floyd. 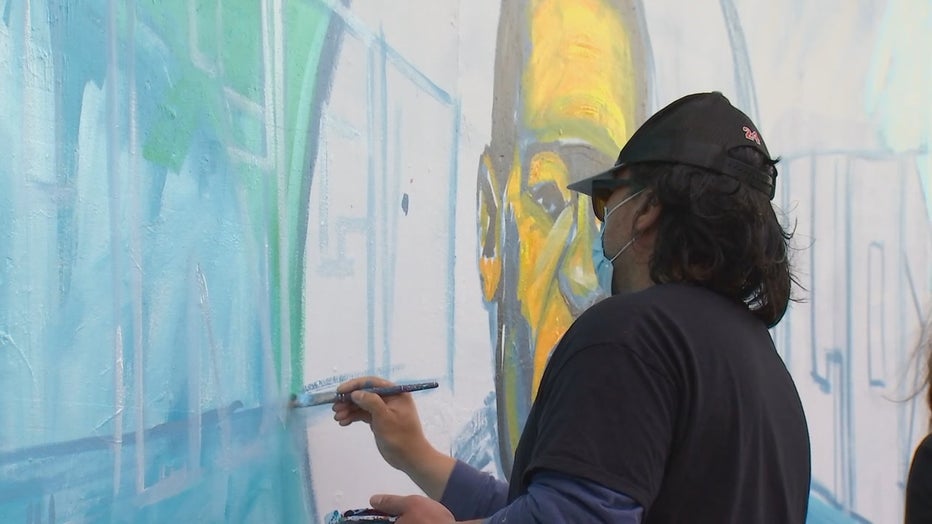 “We just wanted to pay tribute and honor George Floyd,” said Cadex Herrera, an artist, educator and community member. “It was a terrible thing that happened to him and it’s devastating and I hope that at least some peace can come from this to reflect on a life of a human being that was unnecessarily taken away.” 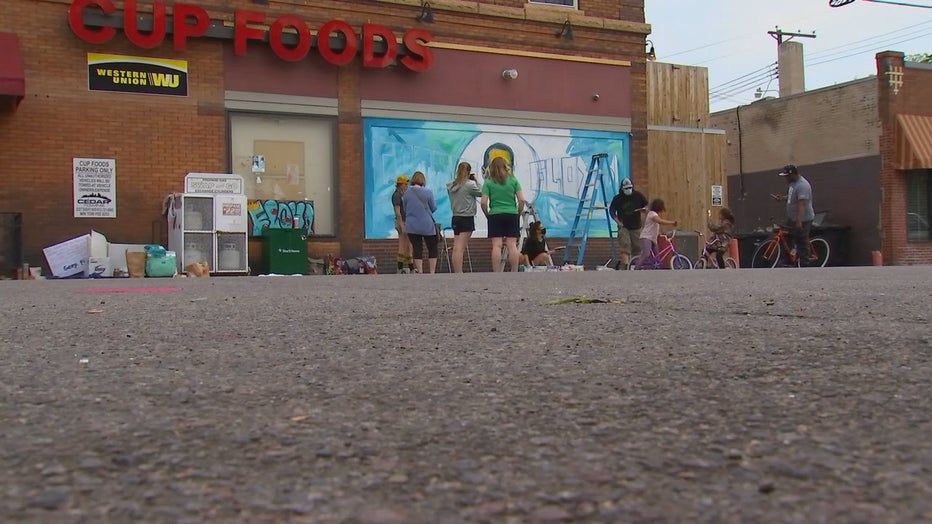 The artists expect to be done with the mural by the end of the day Thursday.