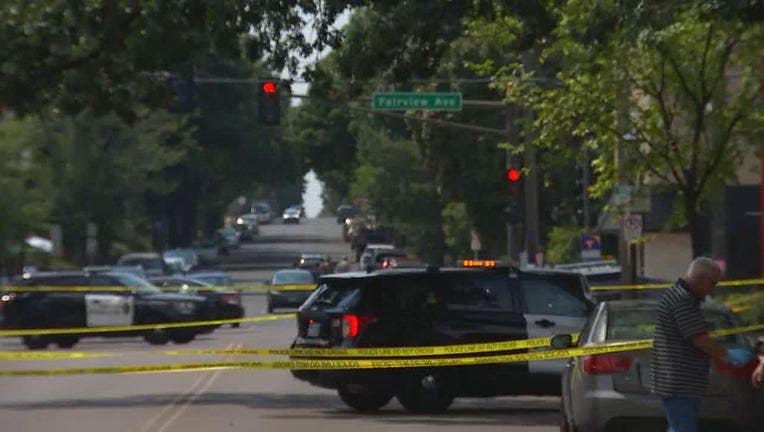 ST. PAUL, Minn. (FOX 9) - The St. Paul Police Department said Friday they have arrested a suspect in connection with a deadly shooting in the Mac-Groveland neighborhood in late July.

An FBI Task Force in Chicago arrested a 21-year-old Chicago man on Aug. 20 for his role in the shooting death of Devonte Ingram, 28, of Brooklyn Park on July 26, according to police. The suspect was extradited to St. Paul and booked into the Ramsey County Jail on Friday.

St. Paul Police Chief Todd Axtell said his department is still looking for another suspect in the case.

"We know there’s another suspect out there, running and hiding," Axtell said in a statement. "And I know we won’t stop until he’s found. Because that’s what the victim, his family and our community expect and deserve."

The case remains open and active.