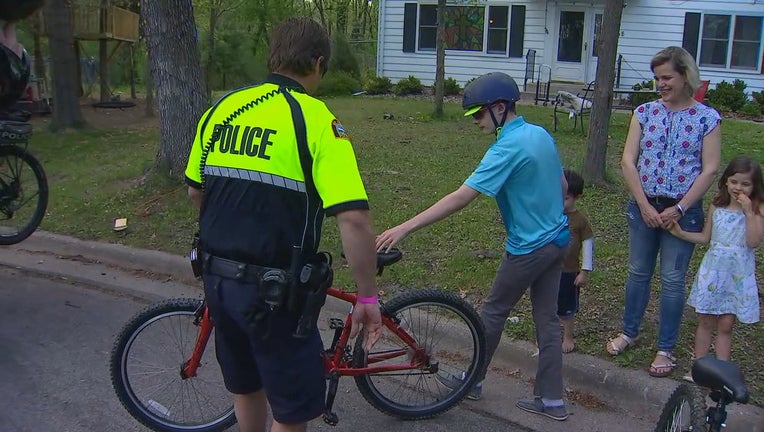 ST. PAUL, Minn. (FOX 9) - Sometimes some good can come out of a bad situation. That's the case for a boy in St. Paul whose bike was recently stolen from his family's front yard.

After someone snatched his bike, the boy's mother posted about the incident on Facebook. When a St. Paul police officer heard the news, he let them know they would replace the bike with a new one.

After bandit makes off with boy’s bike, St. Paul police deliver a replacement

After someone snatched his bike, the boy's mother posted about the incident on Facebook

Through a partnership with Minnesota Bikes4Kids, Thursday, the officer made that special delivery.

"To have a new bike this quickly," explained James Chastek. "The sentiment was just unbelievable."

"Yeah we're really filled with a lot of gratitude for the police having this program," said mother Jessica Chastek. “And for the St. Paul Bikes4Kids for providing kids with bikes."

James says he's so grateful to have a bike again, to be able to ride around and enjoy the nice weather.