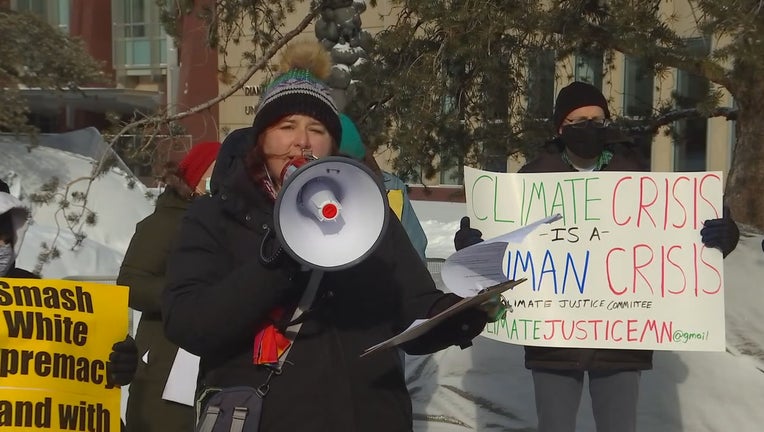 Demonstrators are planning a rally and march on Inauguration Day in Minneapolis. (FOX 9)

MINNEAPOLIS (FOX 9) - After the inauguration on Wednesday, demonstrators in Minneapolis are planning to take to the streets. The group will be calling on the Biden administration to deliver on its campaign promises.

Tuesday, they came forward with a list of demands. They represent a broad coalition of organizations from Black Lives Matter to Minnesota Workers United.

On Inauguration Day, just hours into the Biden’s presidency, the group is planning a rally and a march in Minneapolis.

"We want to end the Muslim ban, defend DACA and TPS," said one activist at Tuesday’s event.

They call it the People’s Agenda. It’s an effort to meet the demands of working people, immigrants and communities of color and undue some of the policies under the Trump administration. During a transition of power, organizers say the rally is a move to hold new leadership accountable.

"Biden is already going back on his word by extending the timeline for his immigration re-haul. He now estimates that any changes to Trump’s asylum restrictions will take at least six months and we refuse to accept this delay. Justice delayed, is justice denied," said Zarlasht-Niaz of Minnesota Immigrant Rights Action Committee

Less than 24 hours before taking office, the Biden Administration’s initiatives are taking shape. Priorities call for improving COVID-19 response and overturning some of Trump’s actions which include ending the so-called Muslim ban.

For this group, it's a start.

"We know that holding Biden and his administration to their promises will take a lot of work," said Zarlasht-Niaz.

Protesters are planning to gather near South High School in Minneapolis Wednesday evening at 5 p.m.