While some kids his age are playing video games or solving Rubik's Cubes, 9-year-old Abdullah Mudhafar is getting ready to go the distance in a marathon.

(FOX 9) - While some kids his age are playing video games or solving Rubik's Cubes, Abdullah Mudhafar is getting ready to go the distance.

"It's a fun thing to do. I get out in nature. I get to be with my mom and dad for a while usually, and I exercise, so kind of 3 in 1 there," said Abdullah.

Four times a week, this 9-year-old pounds the pavement to build up his stamina and endurance to reach a major milestone.

"If someone told me a year ago that I would do a marathon, I would not believe that, but here I am," said Abdullah.

Abdullah says he's always been active, playing soccer and making his own videos doing exercises with his siblings. But for his new year's resolution, he wanted to run a 5K and started training after the first of the year. 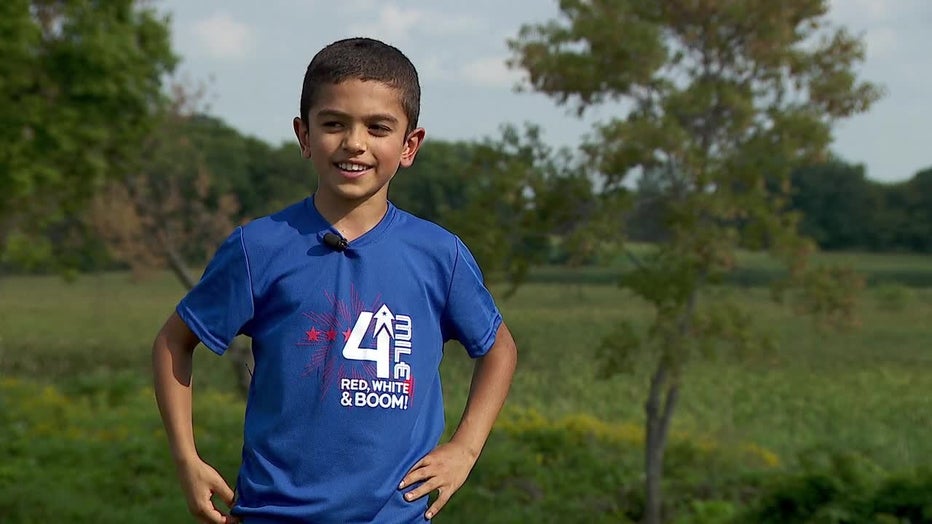 9-year-old Abdullah dreams of completing the Twin Cities Marathon. He'll get his first crack at it next month. (FOX 9)

After successfully crossing the finish line in March, Abdullah set his sights even higher. But a 4-mile race on the 4th of July was canceled because of rain, so Abdullah and his family earned his hardware anyway.

"We figured out a route to do and we did the four miles so I feel like I deserved the medal instead of getting it without doing the 4 mile," said Abdullah.

Now the 5th grader is training for the Medtronic Twin Cities Marathon, with one of his parents either running or biking by his side.

"I might have gone just a bit overboard there but I think it will work well," said Abdullah.

His longest run so far is 18 miles, but he feels he can go even further.

"I think it's pretty cool that I'm doing a marathon at such a young age. I like running and I'm going to do the marathon," said Abdullah.

Abdullah has become a familiar face around Buffalo from his frequent training runs, with passersby usually giving him a sign of support. 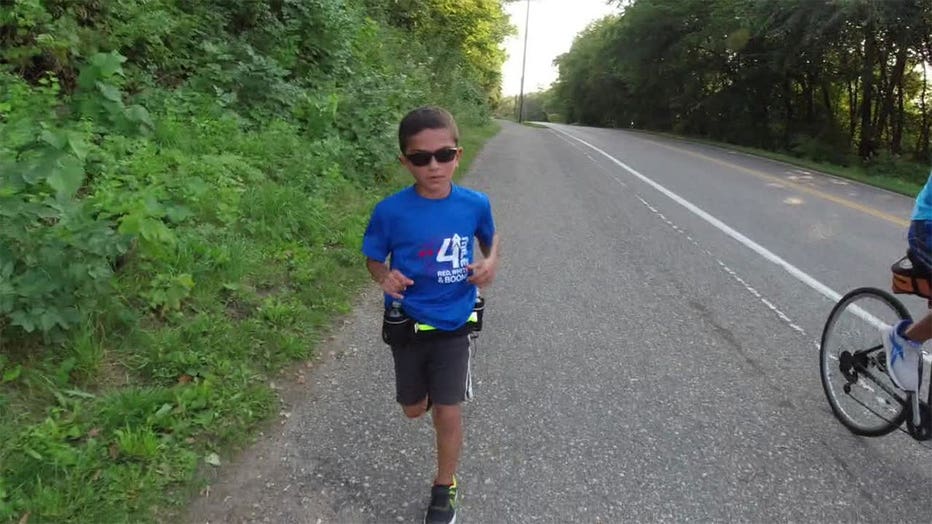 "Most of the people in Buffalo, they know him and they recognize him when he is training and they wave and I get the wave and I am riding along with that," said Abdullah's father Ahmed Albayati

"Usually they are really surprised because a kid doing a distance that long that even some adults don't do. But most of the people I've seen think it's pretty cool," said Abdullah.

His parents say a couple of people have reached out on social media questioning whether it's safe for someone so young to run a 26.2-mile race. But they say they don't want to dash Abdullah's dreams and for him, it's most likely a one-time thing.

"First of all, I care a lot about his safety. That's why me and his mom focus on that and always remind him to listen to his body. Stop when you need to stop. Stretch when you need to stretch. If you feel you need to stop finally, there is no shame because you already did a big thing that everyone appreciates and recognizes for your age," said Albayati.

As for Abdullah, he's just focused on putting one foot in front of the other.

"I'm not doing the marathon to prove other people wrong. I'm doing it for myself mostly. It's not focused on that so much as my personal goals," said Abdullah.

And regardless of whether he finishes the race or not, his marathon mission has already made him a winner.

"I'm going to do the marathon. See if I can do it and then for a few years I'll still do running, but it will be a side hustle and shorter distances like a half marathon at most."