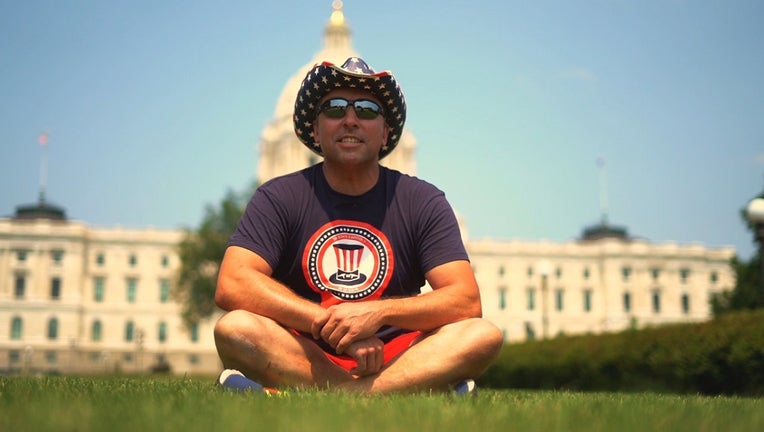 Darren Hafford is making a cross country trip, stopping at each state capitol as part of an effort to raise awareness of veteran suicide. (FOX 9)

ST. PAUL, Minn. (FOX 9) - This summer, a U.S. Army and Marine Corps veteran is on a journey crisscrossing the country doing pushups in every state to raise awareness about a serious problem.

Darren Hafford’s journey started two weeks ago on Independence Day, and he’s been on the road ever since; driving nearly 7,000 miles in just two weeks, before a stop in Minnesota on Sunday.

This summer, a U.S. Army and Marine Corps veteran is on a journey crisscrossing the country doing pushups in every state to raise awareness about a serious problem.

His mission on the journey is to do 50 pushups at 50 state capitols in 50 days.

After deployments in 1996, 1997, and 1999, Hafford is using his latest battle to raise awareness -- awareness on the war after the war -- the fight against veteran suicide among soldiers who return home and battle themselves and their own mental health.

"It’s got to stop. We’ve got to let people know there’s help out there for you," Hafford said. "The hardest thing a lot of the time is to ask for help, and I want to show people there are people all over this country that are willing to help you out." 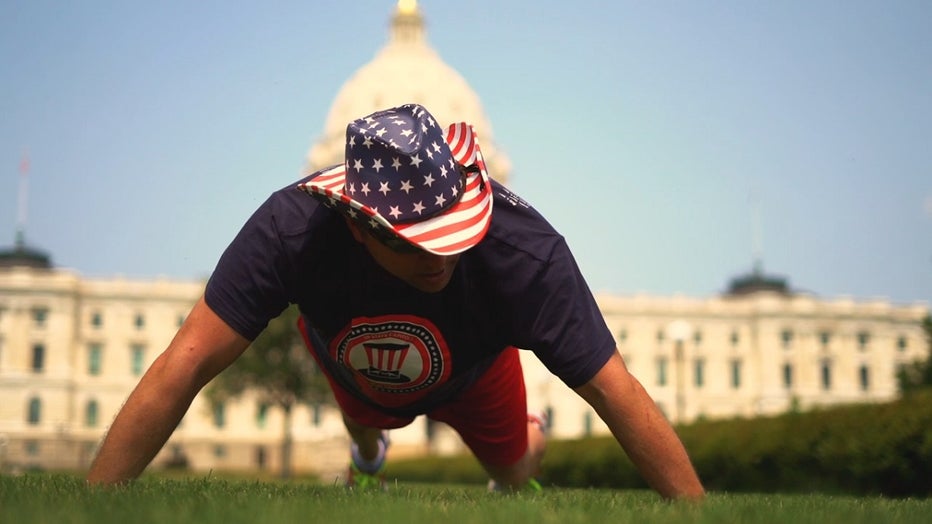 "Veteran suicide has claimed more lives recently than both Afghanistan and Iraq," Hafford continued. "We are now losing more veterans to suicide than we are actually losing them to combat."

Hafford is also raising money along the way, in part by selling T-shirts that show his route.

"The amount of positivity has been overwhelming."

So far, Hafford has raised about $2,500, half for his travel expenses and half for 22Kill, a suicide prevention nonprofit.

"If you are having a tough time, please, reach out to someone," Hafford said. "It could save your life. The world is a much better place with you in it and that’s why you’re here."