Authorities are urging paddlers to stay off rivers that are flooding due to heavy rain conditions throughout Minnesota.

(FOX 9) - In two separate incidents over a 24-hour span, five total kayakers have now encountered trouble on the Sauk River in Stearns County amid strong currents from recent heavy rainfall.

The Stearns County Sheriff's Office on Sunday rescued two kayakers who flipped their kayaks in the river and were stranded in a grove of trees in the middle of the river, unable to get to shore, a news release said.

Authorities responded to the Sauk River near County Road 121 in Waite Park at 4:09 p.m., where they rescued a husband and wife, both age 49 from St. Cloud, using an airboat. 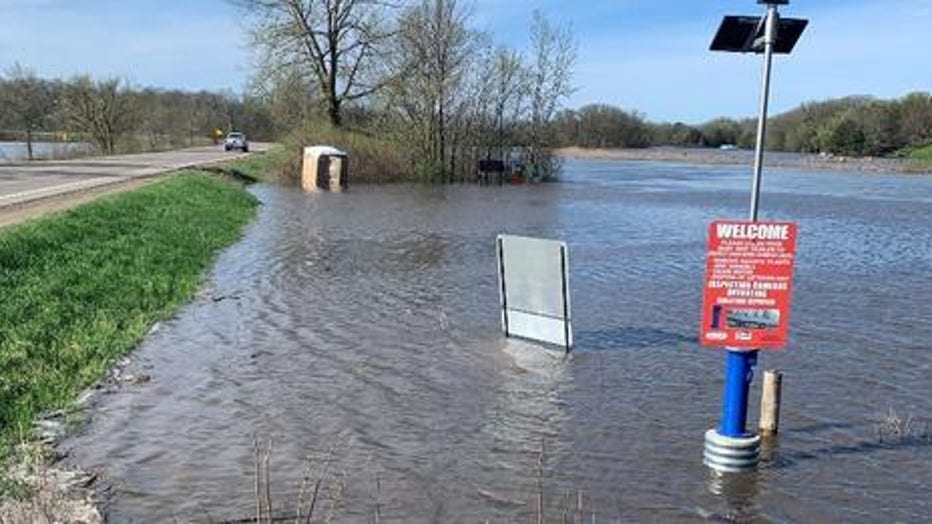 The couple had launched their kayaks from Rockville and during their trip, the husband turned his kayak around to check on where his wife was and hit a tree, which caused his kayak to capsize. His wife then attempted to stop to help him, capsizing her kayak.

The couple was treated on the scene and then drove themselves to the hospital.

The night before, the Stearns County Sheriff's Office said three kayakers, all in their 20s, overturned their kayaks in the river near Heim's Mill in Le Sauk Township. Witnesses said they hit an object in the river and were thrown from their kayaks.

The three kayakers, who were wearing life jackets, made it to shore. They were checked out by paramedics and were not injured.

The currents on the Sauk River have been strong in recent days due to heavy rainfall. The sheriff's office is encouraging paddlers to stay off the river unless they're expert paddlers.

In the wake of flooding throughout the state, Minnesota officials are urging people to take caution and plan ahead.

Last week's severe weather brought heavy rain to much of Minnesota. That heavy rain is now taking its toll on area waterways with many creeks, streams, and rivers now around or above flood stage. Heavy rain and melting snow led to dangerously high waters and flooding on the North Shore, and some counties have declared no-wake restrictions in hopes of preventing shoreline erosion.

The Minnesota Department of Natural Resources recommends people wear life jackets while boating or paddling on cold water because unexpected falls into the water can turn tragic quickly — unexpectedly falling into cold water is a shock to your body, triggering an automatic gasp.

The DNR notes about 30% of fatal boating accidents happen during the cold-water period, and in many instances, the victims weren't wearing a life jacket.