Dallas police said three men were shot and a woman was hit by shrapnel when someone opened fire outside a sports bar in North Oak Cliff Saturday night.

DALLAS - Dallas police said three men were shot and a woman was hit by shrapnel when someone opened fire outside a sports bar in North Oak Cliff Saturday night.

The shooter was reportedly among three men who were turned away from Harris House of Heroes II sports bar, just before midnight, because the establishment was at full capacity.

In May, a Dallas fire marshal shut down the crowded Harris House of Heroes location off McKinney Avenue after a disagreement over whether it should be classified as a bar or restaurant.

Last month, the Texas Alcohol Beverage Commission suspended the license for the other Harris House of Heroes location for 30 days.

At the time, the attorney for House of Heroes’ called it unreasonable. Now, people are just talking about how crazy and unnecessary Saturday nights shooting was.

A spokesperson for the sports bar, located in the 500 block of Riverfront Boulevard, said they were doing temperatures checks at the entrance on its opening night and making sure they were in line with state guidelines. 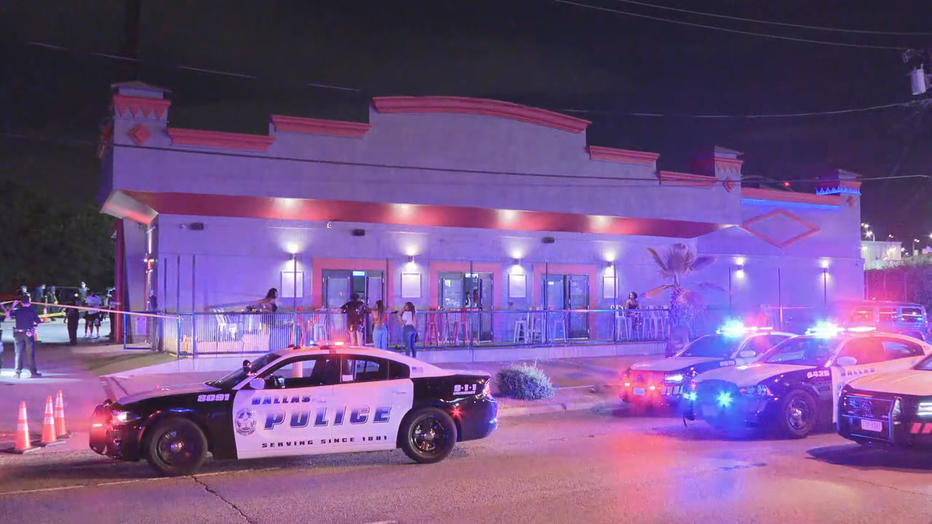 Witnesses said it was a laid-back environment, and security was counting those going into the establishment and checking their temperatures at the door. But when a group of three men weren’t allowed in for capacity reasons, a scuffle ensued.

“And so they pushed him out of the restaurant and locked the doors and he went into his car and he just started spraying the place,” Micaela Dartson recalled.

She was inside as the bullets were flying, fearing for her life.

“There’s gunfire and glass flying everywhere and we all hit the floor,” she said. “You can tell it was an assault rifle. I mean, there was so many shots, it was unbelievable.”

One of the men who wasn’t allowed in reportedly went to his vehicle and returned with an "assault-type weapon," according to police.

He then opened fire into the sports bar.

One of the victims was reportedly shot in the arm, another suffered non-life threatening injuries, while the other victim who was shot was taken to a local hospital in critical condition.

Police said the shooter went to the back of the sports bar, where he was "confronted by armed partrons," and they exchanged gunfire.

The shooter fled before police arrived, and remains at-large.