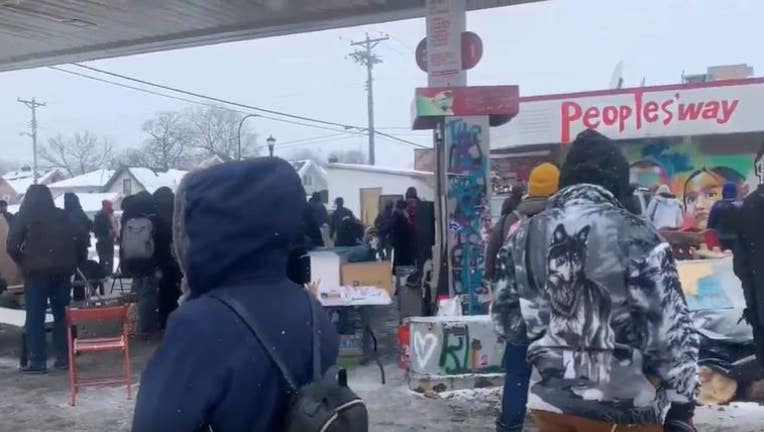 A celebration of Malcolm X's life at George Floyd Square in Minneapolis.

MINNEAPOLIS (FOX 9) - The crowd gathered at 38th and Chicago Sunday made it clear that even 56 years after his death, Malcolm X’s message lives on.

The cold and snow was not enough to keep the crowd away from George Floyd Square on the anniversary of the civil rights leader's death.

The crowd gathered at 38th and Chicago Sunday made it clear that even 56 years after his death, Malcolm X’s message lives on.&nbsp;

"I wanted to come here to show my reverence and support and solidarity with black lives and liberation," Kalaya’an Mendoza said. "Malcolm X, like many black revolutionary leaders, helped to usher the ability for Asian Americans to be in this country."

"We’re trying to keep his ideology, his stories, keep it going in the generation," another man said.

Minneapolis residents found it hard not to reflect on Malcolm X's legacy.

"It’s incredible to see what the space has become, like I was here the day after the murder of George Floyd when there was a march down 38th, and [now] to see it blossom and grow," Olivia Nichols said.

"I think it’s really hard to take his words out of context," Nichols said.

Still, some question the way his legacy has been portrayed.

"There’s a lot of white washing that happens," Nichols said.

"I am a White man, I didn’t really grow up learning the messages of Malcolm X," Michael McNamara said. "I would like to fight for equality just like everyone else here."