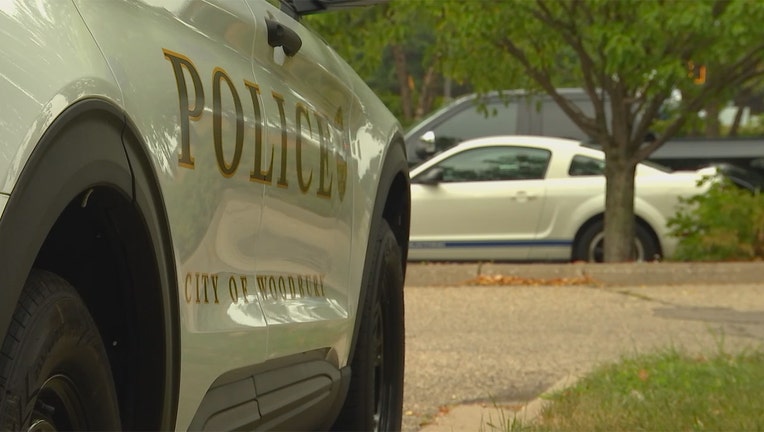 WOODBURY, Minn. (FOX 9) - Three teenagers were arrested in Woodbury Saturday in connection with a rash of vehicle thefts in recent weeks, although police believe more suspects are involved.

The Woodbury Public Safety Department said the suspects were arrested after residents reported seeing a group of teenagers trying to steal vehicles from garages on both the 9100 block of Heritage Way and the 4800 block of Ashton Curve. The teens fled when confronted.

The 911 callers described the suspect vehicle as a white Audi sedan, which police knew had been stolen from a previous incident in Woodbury and was involved in several other incidents in the Twin Cities.

Officers located the Audi and initiated a traffic stop, but the vehicle fled. The driver then struck a road sign and lost control. The vehicle came to a rest near Radio Drive and Seasons Parkway. All three occupants fled the crash on foot and were subsequently apprehended.

Woodbury police are calling on residents to lock their car doors following a recent spike in vehicle thefts, especially on the east side of the city.

Police are encouraging residents to remain vigilant about removing their keys from their vehicles regardless of where they are parked and closing their garage doors, as they believe there are more suspects involved. Additionally, police said there are still stolen vehicles that have not been recovered.

"We are not out of the woods yet: While three are in custody, there are still outstanding stolen vehicles, and we believe more suspects are involved," police said in a statement. "It is always important—but more so now—that everyone remove keys from vehicles regardless of where they are parked and that residents close garage doors."

Earlier this month, Woodbury police alerted residents of a recent spike in vehicle thefts. In total, at least 21 vehicles were stolen in the last few weeks and several attempts were reported as well. Most of the thefts occurred during the day and most involved parked vehicles with the keys inside. Some of the cars were in open garages.