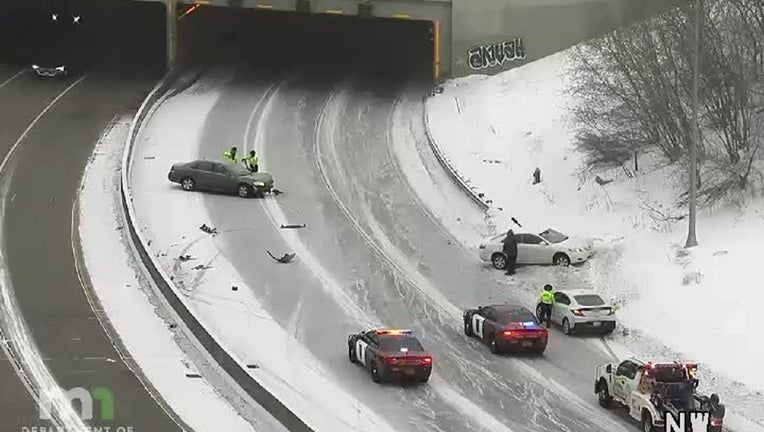 Troopers responded to three crashes that happened within minutes of each other on westbound I-94. (MnDOT)

MINNEAPOLIS (FOX 9) - Three crashes involving half a dozen vehicles happened within minutes of each other on a slippery stretch of Interstate-94 Sunday morning.

The crashes occurred around 9 a.m. near the curve of westbound I-94 right before the entrance to Lowry Hill Tunnel in Minneapolis.

The Minnesota State Patrol said a single-vehicle, two-vehicle, and three-vehicle crash all occurred within 10 minutes of each other. No injuries were reported.

A section of westbound I-94 near Hennepin Avenue was closed as crews worked to clear the scene. Traffic was diverted, causing a near standstill on the roadway. The road has since been reopened.

The state patrol did not specify the cause of the crashes, but the roads were slick and had visible snow. 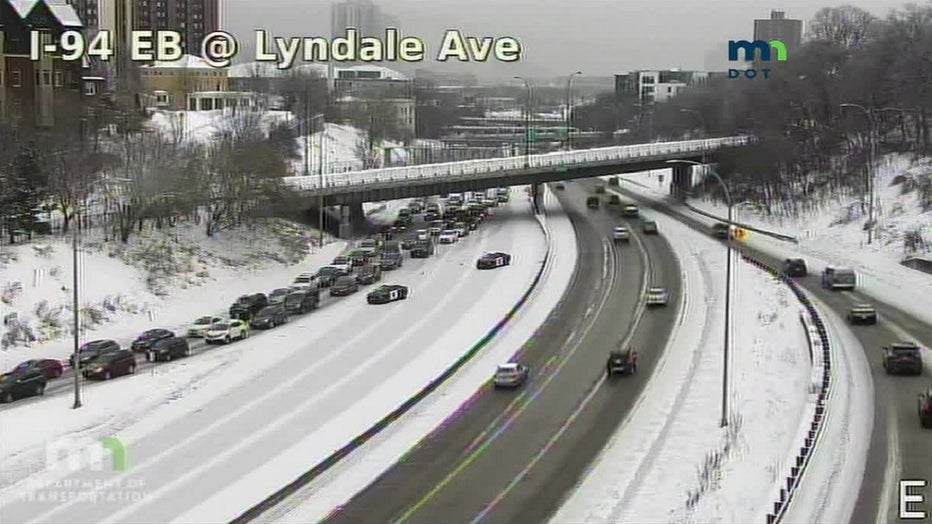 Traffic being diverted on WB I-94 for multiple crashes near Lowry Hill Tunnel. (MnDOT)