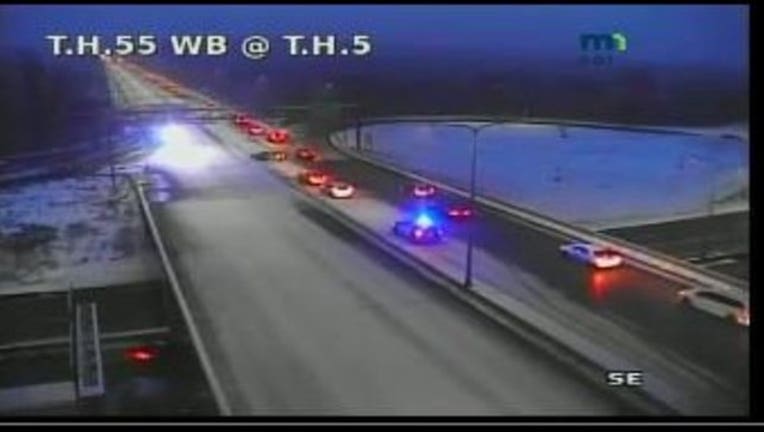 MENDOTA HEIGHTS, Minn. (KMSP) - A crash involving more than a dozen vehicles is slowing traffic on Highway 55 at the Mendota Bridge, according to a release from the Minnesota State Patrol.

Westbound traffic on the bridge is still closed down as authorities deal with the aftermath, though no serious or fatal injuries were reported. The incident also slowed traffic significantly in the eastbound lanes of Highway 55 on the bridge.

Approximately 20 vehicles were involved in the crash, which happened at approximately 7:30 p.m.

An hour later, the State Patrol reported it had responded to 132 crashes on a snowy Sunday in April, including one with serious injuries. Likewise, 75 vehicles had spun off the road in Minnesota.