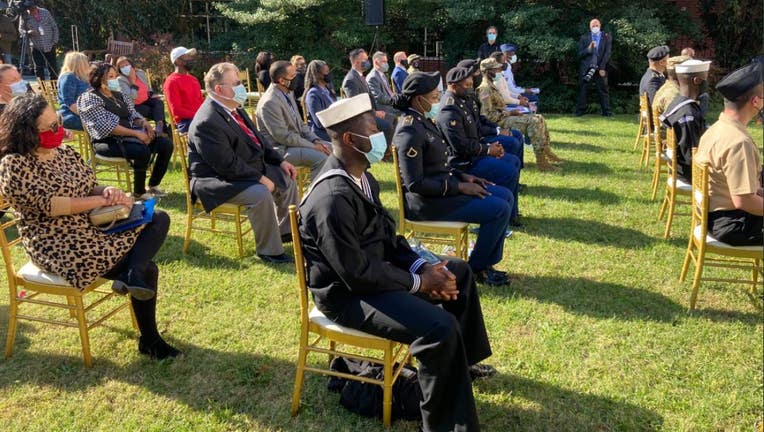 BALTIMORE - U.S. officials on Wednesday administered the Oath of Allegiance to 17 veterans or active-duty members of the military who became America’s newest citizens ahead of Veterans Day. 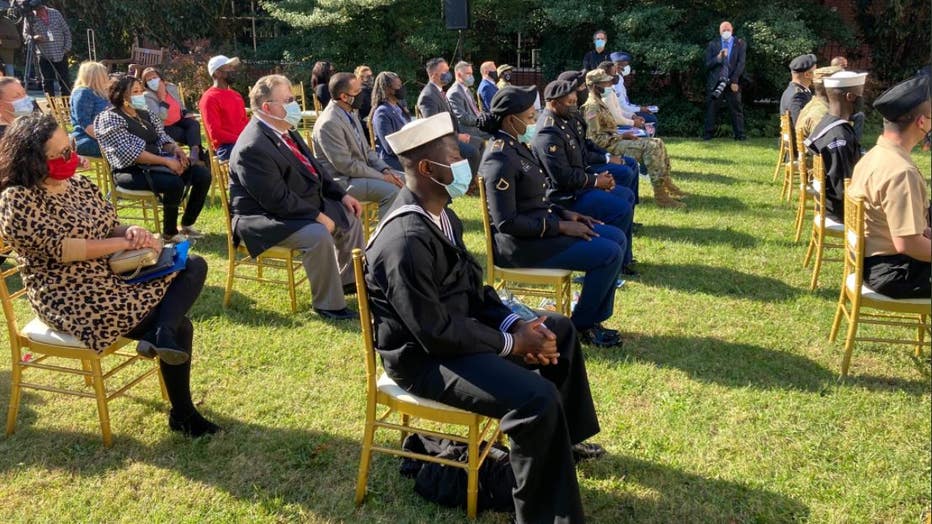 Those who wish to enlist in the military do not have to be U.S. citizens, though they may have fewer options. They are required to live in the U.S., have a green card, and speak, read and write English fluently.

Becoming a U.S. citizen also requires completing a series of steps, including an application and interview process. Citizenship is not fully granted until taking the Oath of Allegiance at a naturalization ceremony.

"This agreement advances the meaning and stature of citizenship by building connections between new citizens and America’s parks," according to a statement from DHS. "USCIS and NPS first signed an agreement in 2006 to connect America’s newest citizens to national parks, which provide an ideal backdrop for naturalization ceremonies." 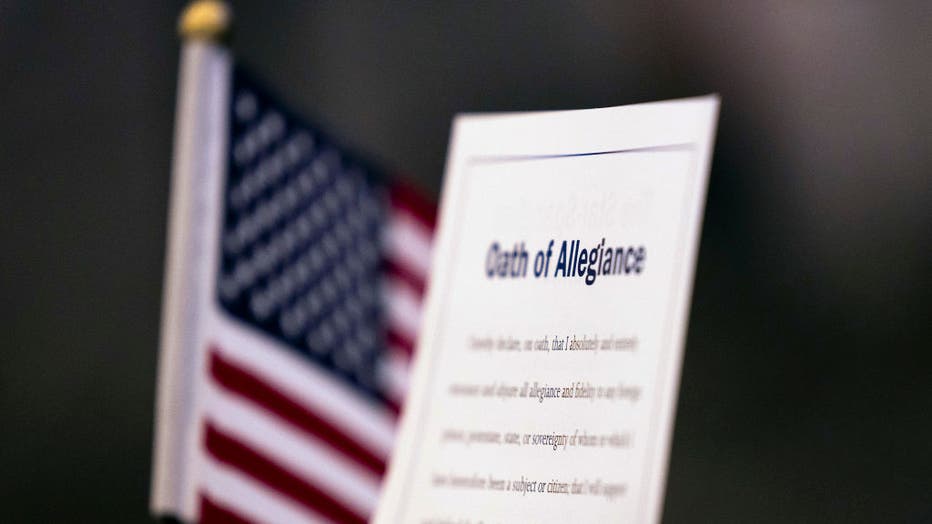 FILE - A new American citizen holds an Oath of Allegiance card during a Naturalization Ceremony at the United States Citizenship and Immigration Services (USCIS) Headquarters on May 27, 2021, in Camp Springs, Maryland. (Photo by Kevin Dietsch/Getty I

Mayorkas also recognized the naturalized citizens as "Outstanding Americans by Choice," a program that recognizes those who have made significant contributions to their community and their adopted country "through civic participation, professional achievement and responsible citizenship."

RELATED: ‘I fight for them’: Maine veteran builds temporary housing for fellow vets who are homeless

Businesses and organizations are coming together to thank and honor veterans and active-duty service members for Veterans Day, which is Nov. 11. Click here for a running list of free goods, services and discounts being offered.

Most businesses will require proof of military service to access these discounts.

In addition, the FOX Corporation and its employees are working with U.S.VETS to support their "Make Camo Your Cause" campaign by spreading awareness to the campaign and wearing camo to support the cause on Veterans Day.

In order to bring visibility and awareness to the campaign, FOX is asking businesses to purchase apparel from U.S.VETS online shop and wear camo with U.S.VETS this Veterans Day and post on social media using #HONORUSVETS. U.S.VETS is also looking for volunteers in the fight against veteran homelessness.

"If you are compassionate, hardworking, or just looking for a way to give back to the community, volunteering at a U.S.VETS location would be a rewarding experience for you," U.S.VETS wrote.

RELATED: ‘Make Camo Your Cause’: U.S.VETS leaders say goal is to ‘put ourselves out of business’

In addition, employers can "hire a vet" through the U.S.VETS Career Network, which connects professional and student veterans with lasting careers they love.

Donations to the organization can also be made on its website.

The organization has 32 sites across 11 regional locations in California, Nevada, Arizona, Hawaii, Texas, and Washington D.C. and offers temporary and permanent housing solutions and comprehensive services to veterans and their families nationwide.

This story was reported from Cincinnati. This station is owned by the FOX Corporation.