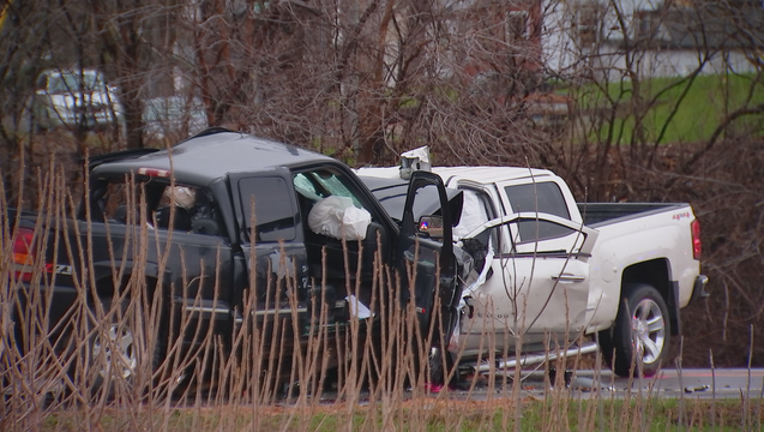 WACONIA, Minn. (FOX 9) - One person was killed in a wrong-way, head-on crash on Highway 5 in Waconia, Minnesota Monday afternoon.

The crash occurred shortly before 5 p.m. According to the Minnesota State Patrol, a 2015 Chevy Silverado was traveling eastbound in the westbound lanes of Highway 5 when it struck a 2002 Chevy Silverado head-on.

Another vehicle, a Ram 1500, which was traveling westbound, then rear-ended the eastbound Chevy Silverado.

The driver of the 2002 Chevy Silverado, a 45-year-old Rockford man, died in the crash. He has not been identified.

The State Patrol said the road was wet at the time of the crash.

The eastbound lanes of the highway were closed for several hours following the crash.