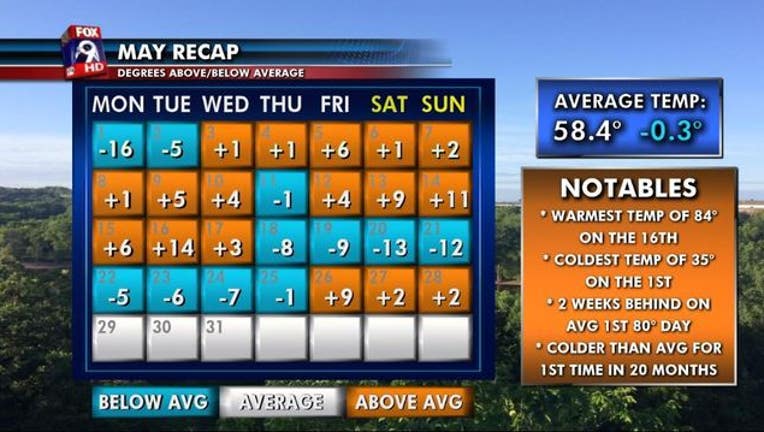 KMSP - The Twin Cities historic warm streak is about to come to an end.  With cooler than average air arriving over Memorial Day weekend, and likely to stick around through June 1st, May will go down as a colder than average month.  That will be the first month that the metro is officially below average in nearly 2 years.  You have to go all the way back to August of 2015 to find a below average month.

While some months were less than a degree above average when factoring in both the high and low temperatures, it still technically counts as above average even though it’s about as normal as you can get.  So far, our month of May is only running a couple tenths of a degree below average, with the temperatures hovering around 58°… that of course averages out the high and low temperatures.  If you’re longing for the heat of summer, it still may be a ways off as there are currently no big heat waves headed our way in the near future.