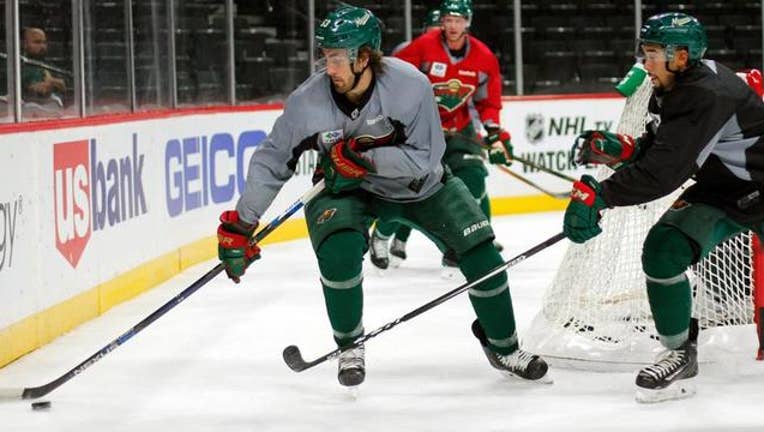 ST. PAUL, Minn. (KMSP) - Alex Tuch is ready to make his NHL debut. The Minnesota Wild has recalled Tuch from the AHL Iowa Wild on Thursday, general manager Chuck Fletcher announced. The 20-year-old forward was the team’s first round draft pick in 2014.

Tuch has 22 points in 34 games during his rookie season with Iowa, including 6 points in his last 4 games. The 6’4, 217-pound native of Syracuse, New York represented the Iowa Wild at the AHL All-Star Classic, collecting 3 points in a Central Division win.

Tuch had 62 points in 77 games during two seasons at Boston College. He tallied 34 points in 40 games as a sophomore, leading BC to the NCAA Frozen Four.

Alex Tuch will wear jersey No. 53 with the Wild.