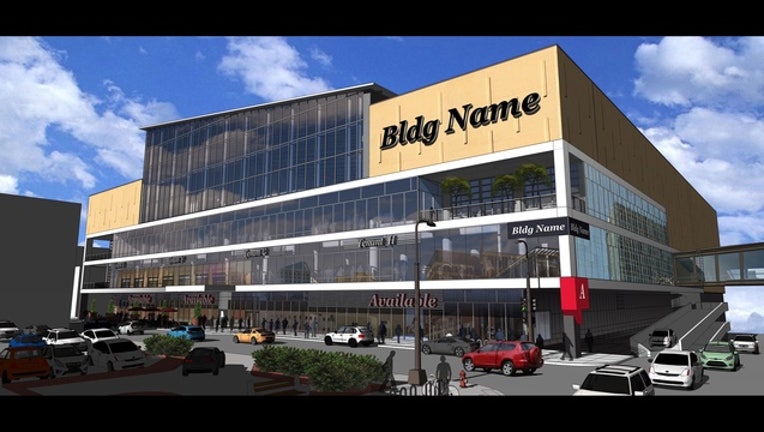 A rendering of the Wabasha Center. Photo Courtesy: Fluence Media

ST. PAUL, Minn. (KMSP) - Hempel Companies and the Saint Paul Port Authority announced the Minnesota Wild has executed a lease for a practice facility at Wabasha Center in downtown Saint Paul. The building is the former Macy’s building.

"The Minnesota Wild's commitment to this project is the catalyst for an exciting and vibrant new downtown development in the City of St. Paul," developer Randy McKay of Hempel Companies said. "We know that upon completion, the Wabasha Center will become an exciting new attraction to visitors to Saint Paul and the State of Hockey. In the coming weeks, we will be announcing additional tenants for the facility. The expected completion of the project is in fall of 2017."

The project will include an NHL-standard ice rink that the Wild will use as its practice facility and it will also be open to area teams, figure skaters and groups for ice rental. The rink will be built into the upper portion of the building.

The Saint Paul Port Authority began the redevelopment efforts of Wabasha Center in 2014. Macy’s closed in 2013.

The rink is expected to be complete in fall of 2017.