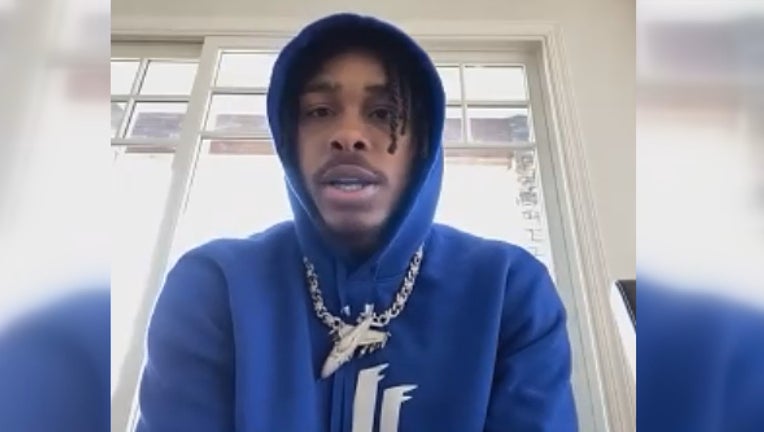 ST. PAUL, Minn. (FOX 9) - After a record-setting season with the Minnesota Vikings, Justin Jefferson proved to be one of the biggest surprises for the purple.

It's a trend that's continued off of the field.

Wednesday, Jefferson surprised the St. Paul Johnson High School football team via Zoom. In addition to donating his time, the Vikings wide receiver partnered with New Era to give $10,000 to the Governors’ program.

"It feels good to give back," Jefferson said. "Giving back to the community and to kids that need it. Everything helps."

"What can you say?" St. Paul Johnson Head Coach Eric Moberg said. "It’s beyond words. It is something that we will put to use for shoulder pads, helmets and jerseys."

Four years ago, the star rookie receiver stood in similar shoes as the young football squad as a high schooler in Louisiana. Jefferson imparted football wisdom to the St. Paul Johnson team, but also gave academic advice to them and other high school players by sharing his own personal stories.

"My first two years of high school, I didn’t take it seriously," Jefferson said to the St. Paul Johnson players. "At first, they said I would have to go to a junior college and I started bawling crying."

Jefferson is trying to connect with his new Minnesota community as a mentor moving forward.

"Having somebody in your life to give you tips and advice on life, everybody needs that person," Jefferson said. "Even if I need to be that person for somebody, I’m here for that."

It's another goal for Jefferson as he hopes to build on one of the strongest seasons ever by an NFL rookie.

"There’s so much more that I want for myself for me to really be happy with my career," Jefferson said, heading into his second season.