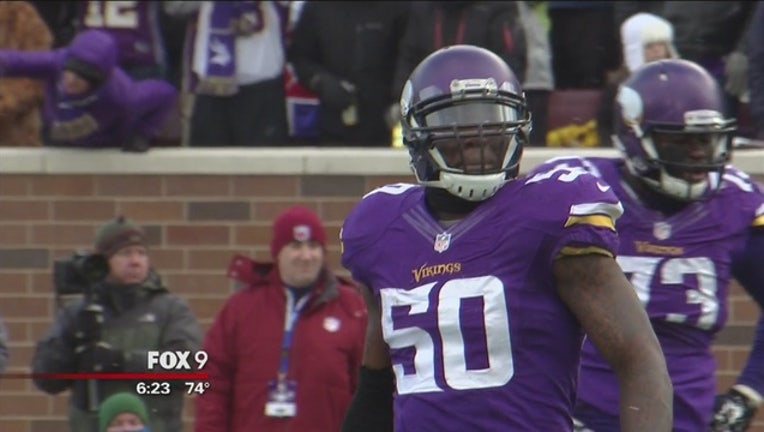 EDEN PRAIRIE, Minn. (KMSP) - The Minnesota Vikings have traded linebacker Gerald Hodges to the San Francisco 49ers in exchange for center Nick Easton and a 2016 6th round draft pick.

Starting center John Sullivan was placed on injured reserve after undergoing back surgery at the beginning of September, and the Vikings offensive line has failed to protect quarterback Teddy Bridgewater from opposing pass rushers – particularly on A-gap blitzes over the center. The Vikings allowed 7 sacks in Sunday’s 23-20 loss to the Denver Broncos.

Hodges has 20 tackles through the first 4 games of the season, but zero sacks and zero tackles for loss. Joe Berger has started all 4 games at center this season for the Vikings with Sullivan on injured reserve.

Easton was originally signed by the Baltimore Ravens as an undrafted free agent out of Harvard following this year’s NFL Draft and was traded to the 49ers before the start of the season. Easton was a 3rd Team All-American and a 1st Team All-Ivy League center during his senior year at Harvard.