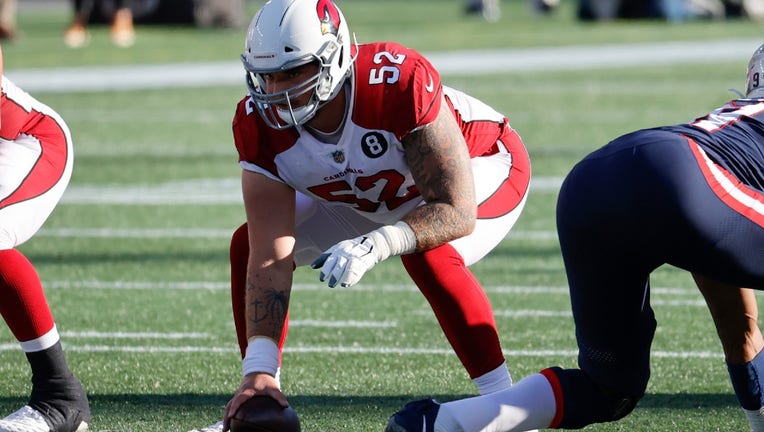 Arizona Cardinals center Mason Cole (52) waits to snap the ball during a game between the New England Patriots and the Arizona Cardinals on November 29, 2020, at Gillette Stadium in Foxborough, Massachusetts. ((Photo by Fred Kfoury III/Icon Sportswire via Getty Images))

MINNEAPOLIS - The Minnesota Vikings have some work to do to improve the offensive line for the 2021 season, and they took one step in that regard on Thursday.

The Vikings traded a sixth round pick in the 2021 NFL Draft to the Arizona Cardinals for Mason Cole, an interior offensive lineman. The trade will become official once Cole passes a physical.

Cole is 6-5, 292 pounds and comes to the Vikings after spending three seasons with the Cardinals. He was a third round draft choice in 2018. He’s started 32 games and appeared in 46 over his career, and made 30 of his 32 starts at center. He’s also made two starts at left guard in 2019.

He started all 16 games in his rookie season, and 14 games in 2020 at center. The Vikings were looking for depth on the offensive line after releasing Pat Elflein last season, and cutting Riley Reiff to help their salary cap situation.

The Vikings are now down to 10 picks for the NFL Draft.