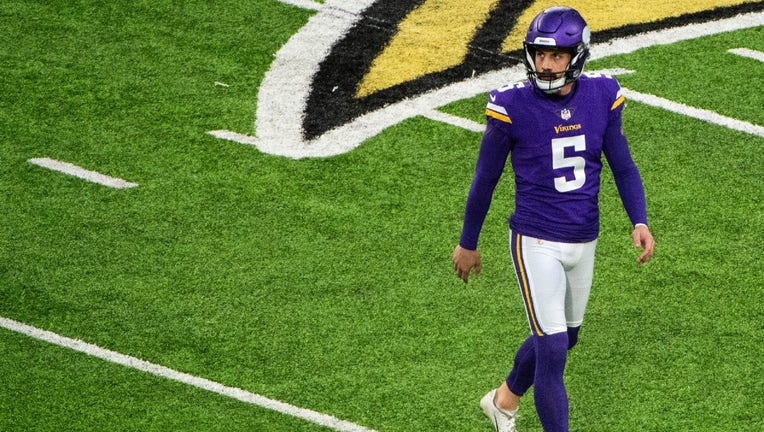 Dan Bailey #5 of the Minnesota Vikings looks up at a replay after missing a go-ahead field goal in the fourth quarter of the game against the Jacksonville Jaguars at U.S. Bank Stadium on December 6, 2020 in Minneapolis, Minnesota. ((Photo by Stephen Maturen/Getty Images))

MINNEAPOLIS - The Minnesota Vikings made it official on Tuesday that they’ll have a new kicker for the 2021 season.

The Vikings announced they’ve released veteran Dan Bailey after nearly three full seasons in Minnesota. Bailey will be entering his 11th NFL season in 2021, and was due to make about $1.7 million. According to Bailey's agent, the Vikings wanted to keep him, but the two sides couldn't reach an agreement on a contract.

The Vikings signed Greg Joseph last month, and he’s currently the lone kicker on the roster.