St. Paul's Jake Lacina's dream came true by signing as an undrafted free agent with the Vikings. He looks to follow his dad Corbin and become the first son of Viking to make the team.

MINNEAPOLIS - One of the busiest times for an NFL front office, and college athletes chasing their NFL dreams, is right after the NFL Draft concludes.

Team officials jump on the phones and call the best players left that haven’t been drafted. The Vikings have brought on 12 undrafted college free agents, and they as well as the 15 draft choices started the team’s virtual off-season program on Monday.

We heard from 11 of those college free agents on Thursday. Here’s a look at what they might bring to Minnesota.

Jake Lacina had an exciting an emotional day Saturday despite his name not being called in the NFL Draft.

The Vikings came calling to bring him in as an undrafted free agent, and his name should sound familiar. His father, Corbin Lacina, played with the Vikings for four seasons, from 1999-2002. Like his father, Jake Lacina took the route of Cretin-Derham hall, to Augustana and eventually to the NFL.

“It’s been crazy, it just kind of worked out that way. My whole family is big Cretin-Derham Hall family. Augustana was the only school to offer me, and now the Vikings are the only team to call me so it’s just working out that way. It’s just destined to be that way I guess,” Jake said.

He remembers being out at the team facility at Winter Park in Eden Prairie with his dad, and has memories of watching him run out the Metrodome tunnel. Now with the Vikings, Jake will even get to wear his dad’s old number.

Brady Aiello only had three years of high school football under his belt, yet was still able to land on the football team at Oregon. He called his time there a rollercoaster, redshirting as a freshman, then starting 12 games at left tackle in his second year. He moved around the offensive line before playing guard, tackle and even tight end as a senior.

He played in all 13 games last year, getting 578 total snaps and committing just one penalty. He’s also got a personal connection to the Covid-19 pandemic. His sister is a nurse.

“My sister, she doesn’t really get her days off but she’s doing her thing. She’s safe and she’s delivering babies every day,” Aiello said.

Dan Chisena realized his professional football dream shortly after the NFL Draft on Saturday, agreeing to a contract with the Vikings as an undrafted free agent.

Chisena was a walk-on at Penn State as a freshman and was on the scout team. He was a two-sport athlete between football and track and field, then gave up football. After a track injury and realizing how much he missed the game, he returned to football for his final season. He made his greatest impact on special teams as a gunner on the punt team.

“I grew up playing football since third grade and always knew at some point, I wanted to play again,” Chisena said.

Nevelle Clark said Thursday he “just feels like himself” when he’s playing football. He had a decision to make after the NFL Draft, as the Bengals, Chargers and Vikings all were calling for his services. With Xavier Rhodes, Trae Waynes and Mackensie Alexander all gone, he’ll fight for a job in the secondary.

“I didn’t even know that three corners were gone, I thought it was only 2. When they told me a third one was gone, that gave me an eye opening it’s here. The opportunity is here and I just gotta take it,” Clark said.

Quartney Davis was one of the top players left on the board Saturday when the NFL Draft came to a conclusion. It didn’t take long for him to find a home. He had actually agreed to a deal with the Cowboys when the Vikings called. He wanted to be in Minnesota, so the decision was easy.

As a junior, he led the Aggies in receiving with 45 catches for 585 yards and seven touchdowns. Last year, he had 54 catches for 616 yards and four touchdowns in 11 games.

He’ll wear the No. 14 jersey for the Vikings after Stefon Diggs was traded.

“I love Stefon Diggs, I love his game, I watch him all the time. I watch his route running, so to be able to wear his number for the Vikings, it’s a great honor,” Davis said.

Myles Dorn is jumping at the opportunity to learn from Harrison Smith and Anthony Harris in the Vikings’ secondary. He also can learn about NFL life within his own family. His dad, Torin, played six seasons in the NFL.

The two have already talked about the business side of the game.

He had a business-like approach in his final two seasons with the Tar Heels. Despite playing in just eight games due to a knee injury two seasons ago, he had 55 tackles, 2.5 tackles for a loss, two interceptions and three pass break-ups. Last year, he had 83 tackles, 4.5 for a loss and six pass break-ups in 13 starts.

He said he’s inspired by Harris, who also played in the ACC and was undrafted out of college.

“All you ever want is an opportunity. Just to see somebody on that team that has kind of walked the same path that you’re trying to walk, it’s motivating,” Dorn said.

Nakia Griffin-Stewart realized a childhood dream on Saturday getting a call from the Vikings, and said it was like an out-of-body experience. Griffin-Steward graduated from Rutgers and transferred as a graduate to play one season at Pittsburgh.

Like every other rookie, he’s in the virtual off-season program and learning the playbook from the confines of his home. He says he can handle it, he had five different offensive coordinators in college.

“Learning a playbook is nothing new. Around this time every year I’m learning a different playbook. It’s routine for me.” Griffin-Stewart said.

Tyler Higby is hoping his versatility might land him on the Vikings roster in the fall. The Michigan State center played all five positions on the offensive line at some point during his time with the Spartans.

He’s 6-5 and 311 pounds, and says he’s most comfortable at guard. But he will play wherever he’s needed.

“I think that’s what I can to the table with this team, my versatility. I know that helps me to move around in all five spots, that will definitely help me during camp,” Hibgy said.

He’s already been in touch with teammate Kenny Willekes, who the Vikings drafted in the seventh round. The two were roommates throughout their time at Michigan State, and are talking about living together again when players can report to team workouts.

Blake Lynch admits his career at Baylor was a little hectic. He played five different positions on defense, even flirted a little bit with wide receiver his freshman year. But he went back to the defense after a teammate suffered a broken arm, and it stuck.

He finished his Baylor career at linebacker, making 68 tackles, 9.5 for a loss and 4.5 sacks along with two interceptions, two pass break-ups and three quarterback hits.

He’ll be reunited with defensive teammate James Lynch, who the Vikings drafted with their second pick in the fourth round.

“Me and James are so close. Our lockers were right by each other the whole time. We’re just super close,” Lynch said.

David Moa is set to have a college football reunion after agreeing to join the Vikings as an undrafted free agent. He’ll have at least two former teammates to meet up with in running back Alexander Mattison, and offensive lineman Ezra Cleveland, Minnesota’s second round pick in the NFL Draft.

“Every morning I work out with Ezra, when he found I was committed to the Minnesota Vikings in free agency, I think he was a little more excited than I was at the time. He was freaking out,” Moa said. “I had both of them as locker buddies.”

Moa was just scratching the surface of his potential after collecting 8.5 sacks his sophomore season. He got a sixth year of eligibility after an injury in 2018, and made the most of it. He finished his Broncos’s career with 37 tackles, 6.5 tackles for a loss and a sack last season. 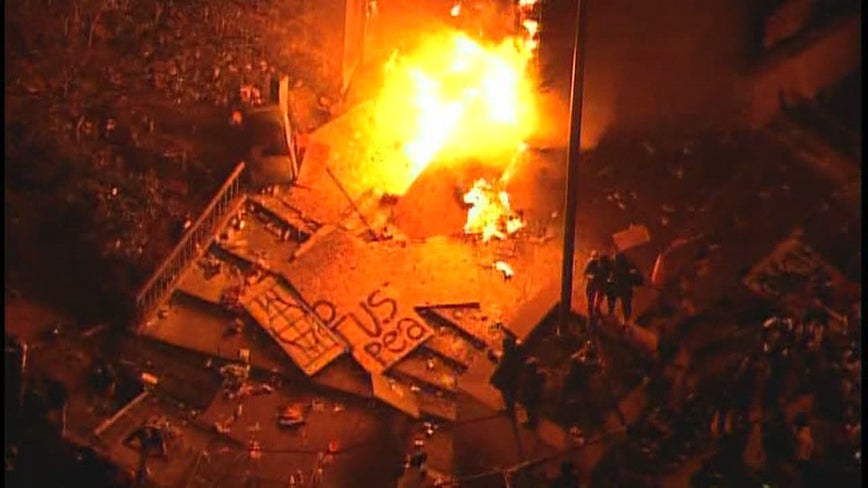