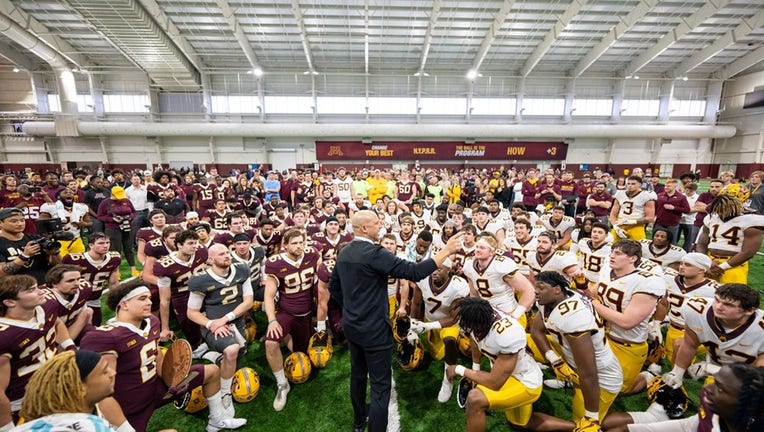 MINNEAPOLIS - It’s the middle of May and spring football has wrapped up for college football programs across the country.

Teams are now off until they report for summer workouts, and fall camp in August. The University of Minnesota football team is entering the 2022 season with high expectations. The 2021 season ended with a 23-13 win over rival Wisconsin at Huntington Bank Stadium, then an 18-6 win over West Virginia in the Guaranteed Rate Bowl to finish 9-4.

In two of the last three seasons, PJ Fleck has led the Gophers to at least nine wins. That’s something that doesn’t happen very often at Minnesota. But if you ask the betting experts in Las Vegas, they’re not high on the Gophers for the 2022 season. According to Vegas Insider, the over/under for Minnesota’s win total next season is 6.5.

On the surface, that seems low. But Vegas has a method to its madness when it comes to gambling. Here are factors that could lead one who wagers in either direction.

WHY THE GOPHERS WILL WIN 7 OR MORE GAMES

WHY THE GOPHERS WILL WIN 6 OR FEWER GAMES

All this being said, 6.5 wins for the Gophers still feels low. Minnesota is a program that feels like it’s on the verge of winning a Big Ten West title, playing in Indianapolis and getting a New Year’s Day bowl game. The Gophers have not played in a Rose Bowl since 1962.