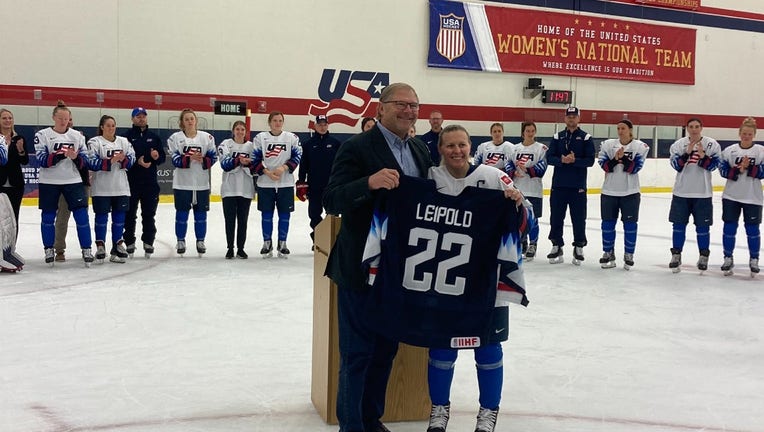 "We’re excited to be in Saint Paul and bring the sport’s greatest rivalry to the State of Hockey," Kelleher said. "With our women’s team based in Blaine at the Super Rink in preparation for the Games, it seems only appropriate we conclude the U.S. portion of the My Why Tour in the Twin Cities."

Team USA is using the Super Rink in Blaine as its home base in preparing for the upcoming Olympic Winter Games. Team USA officials have invited 27 players to the U.S. residency program in Blaine. They will train together, starting this month, and leading up to the 2022 Winter Games.

Players will also compete on the My Why Tour, a series of games which lead up to the Olympics and will be held in Beijing from Feb. 3-20. Team USA will select a final roster of 23 players, which will be announced in late December or early January.

The current roster of 27 invitees features eight players from the University of Minnesota, and six Minnesota natives.