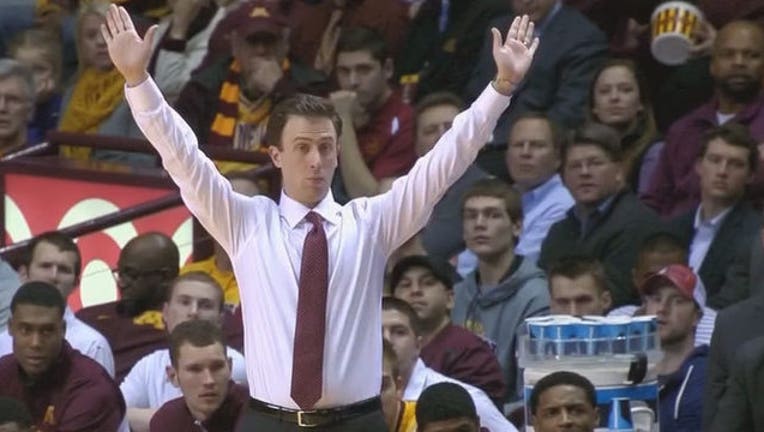 MINNEAPOLIS (KMSP) - The University of Minnesota and Gophers men's basketball coach Richard Pitino have agreed to a contract extension through the 2021-22 season. The deal will add an additional year to his existing contract.

Pitino took over as head coach in April 2013. This past season, Pitino lead the Gophers to a school-record 23 regular season wins, a turnaround from winning just eight games last year. He was named 2017 Big Ten Coach of the Year and helped the team to their first NCAA Tournament appearance in five years.

“Since I came back to Minnesota as the [athletics director] last May, I have been impressed with Coach Pitino and his management of our men's basketball program,” Gophers AD Mark Coyle said in a statement. “I've seen accountability, commitment and focus from every student-athlete and member of the men's basketball staff, led by Coach Pitino. The team's success on the court this year generated a lot of excitement on campus and around the state. I'm looking forward to much more of that with Coach Pitino leading our program.”

Pitino was already under contract through the 2020-21 season. The new contract will become official pending approval from the Board of Regents in May.