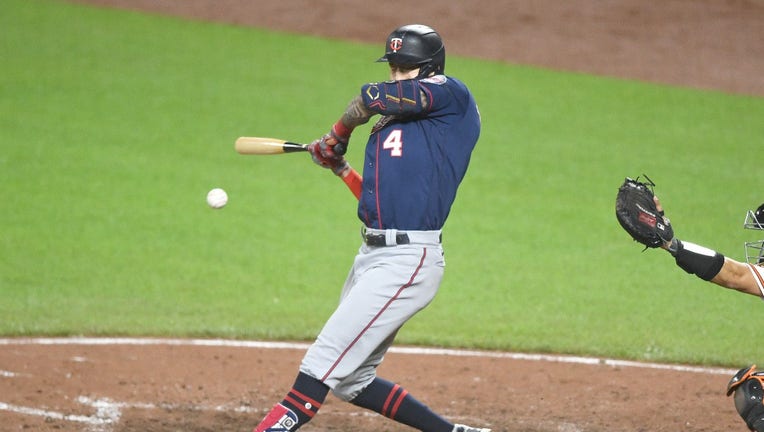 Carlos Correa #4 of the Minnesota Twins grounds put in the seventh inning against the Baltimore Orioles at Oriole Park at Camden Yards on April 30, 2022 in Baltimore, Maryland.  ((Photo by Mitchell Layton/Getty Images))

MINNEAPOLIS - The Minnesota Twins open a three-game series against the Houston Astros Tuesday night at Target Field, in the middle of a nine-game home stand, and Carlos Correa will not get the chance to face his former team.

The Twins placed Correa on the 10-day injured list on Tuesday, retroactive to May 6, with a right middle finger contusion. Correa was hit twice by pitches on May 5 at Baltimore, the second of which got him on the right hand in the seventh inning. He left the game, and did not return. Tests showed he did not have a fracture and was hoping to avoid the injured list.

A new era is underway for the Minnesota Twins as the team broke from tradition, signing one of the top free agents this offseason.

At the time Correa was hitting .412 with three doubles, one home run and eight RBI in an eight-game stretch before the injury. For the season, he’s hitting .255 with five doubles, two homers, 11 RBI and has scored 12 runs in 24 games. Correa signed a three-year, $105 million deal with the Twins during Spring Training after spending his first seven seasons with the Astros.

Correa’s injury is not expected to be long-term.

The Twins have more concern with starting pitcher Chris Paddack, who also was placed on the 10-day IL on Tuesday, retroactive to May 9. Paddack left his start on Sunday in the third inning with right elbow inflammation.

The Twins acquired Paddack in a trade with the Padres that sent Taylor Rogers and Brent Rooker to San Diego. In five starts this season, Paddack was 1-2 with a 4.03 earned run average with 20 strikeouts and two walks in 22 1/3 innings.

The Twins swept a three-game series against the Oakland Athletics last weekend and are 18-11 on the season, leading the American League Central Division by three games over the Cleveland Guardians and 3.5 games over the Chicago White Sox. The Guardians visit Target Field Friday-Sunday.