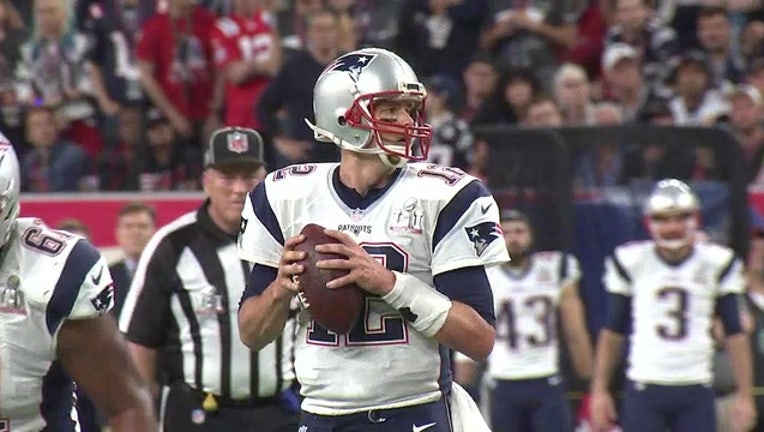 BOSTON (AP) - The value of Tom Brady's missing Super Bowl jersey is listed as $500,000 on a Houston Police Department report.

The New England Patriots quarterback is listed as the complainant in the report dated Feb. 6, the day after the Patriots came back from a 25-point deficit to defeat the Atlanta Falcons 34-28 in overtime. The police report was made public Tuesday.

Investigators have been working to identify who was in the locker room at the time the jersey was taken. A Houston police officer was stationed outside the locker room on the day of the game, but access to the location was controlled by Patriots team security.

The Texas Rangers, the state's top law enforcement officers, were assisting in the investigation along with the NFL's security department.