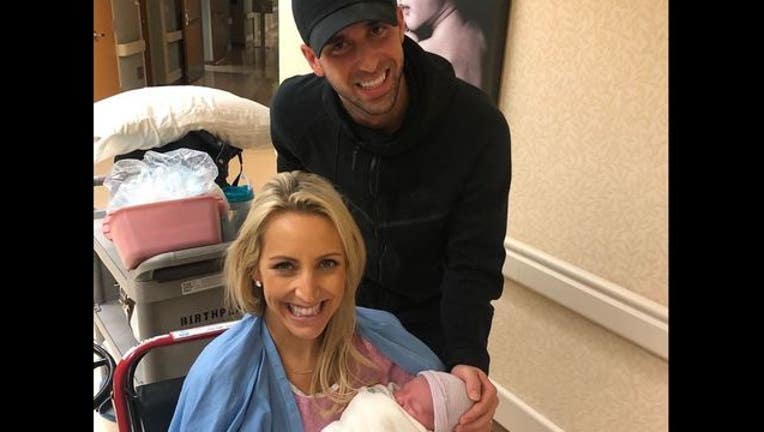 MINNEAPOLIS (FOX 9) - Ryan Saunders had the interim tag removed last month and officially became the next head coach of the Minnesota Timberwolves.

Thursday morning, Saunders and his wife celebrated the birth of a baby boy. Lucas Phillip Saunders was born at 2:47 a.m. He arrived at 6 pounds, 11 ounces and 20 inches long. His middle name is fitting, a dedication to the late Flip Saunders, who died on Oct. 25, 2015, after a battle with cancer.

Ryan Saunders was introduced as the Timberwolves head coach on May 21. He was the interim coach after Tom Thibodeau was fired in early January, after a 19-21 start. Saunders finished 17-25 as the interim coach, and went through an interview process with new President of Basketball Operations Gersson Rosas before being hired.

It’s the couple’s first child. The birth also comes five years to the day the Timberwolves brought back Flip Saunders as head coach -- on June 6, 2014.