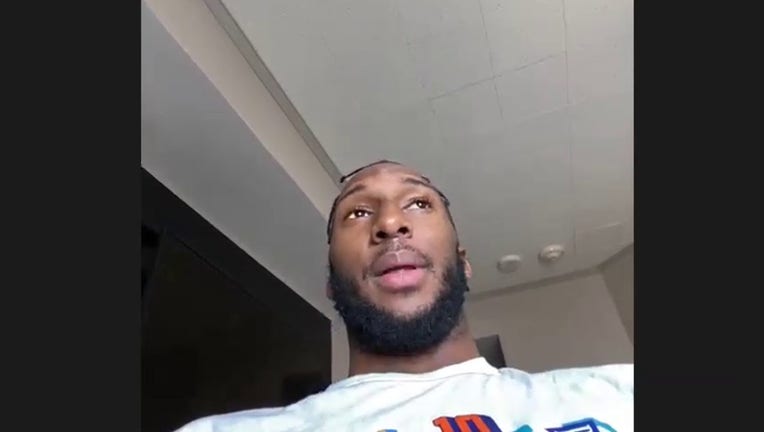 "On another scope, it was very big for the country. My aunts and uncles who still live in Nigeria, they texted me saying how proud they are that we won. For the country, it’s definitely big that we were able to beat the USA," Okogie said.

It didn’t mean anything, that is, until Smith used his platform as an ESPN NBA analyst to have a meltdown on national television. In a segment that’s gotten more than five million views on social media, Smith said, "There’s no excuse to lose to Nigeria. You give up 60 points on 3s?! Excuse me, you can do better than that. You have enough to win Gold. It should not require that roster spot one to 15 is the absolute best that the NBA and USA Basketball can send. We have enough great players, they’ve just got to care enough and be focused."

Following that rant, Okogie had a message for Smith on social media.

"You can critique the other team without disrespecting us. Put some respect on the flag and the mother land! Don’t forget where your ancestors came from!!!!" Okogie tweeted.

Team USA hasn’t lost since, so maybe it was a wakeup call that Olympic gold won’t come easy for the Americans. In a session with reporters on Friday, Okogie said he takes great pride in representing both the Timberwolves and Nigeria in the Olympics.

"It’s huge. Personally I think being an Olympian is probably one of the most gracious things you can do as an athlete. For me, I definitely accept it with great pride and I try to honor the country as best I can by going out there and playing as hard as I can," Okogie said.

Nigeria has never medaled in the Olympics in basketball. Okogie said, "It would mean the world to me" if they did it in Tokyo.